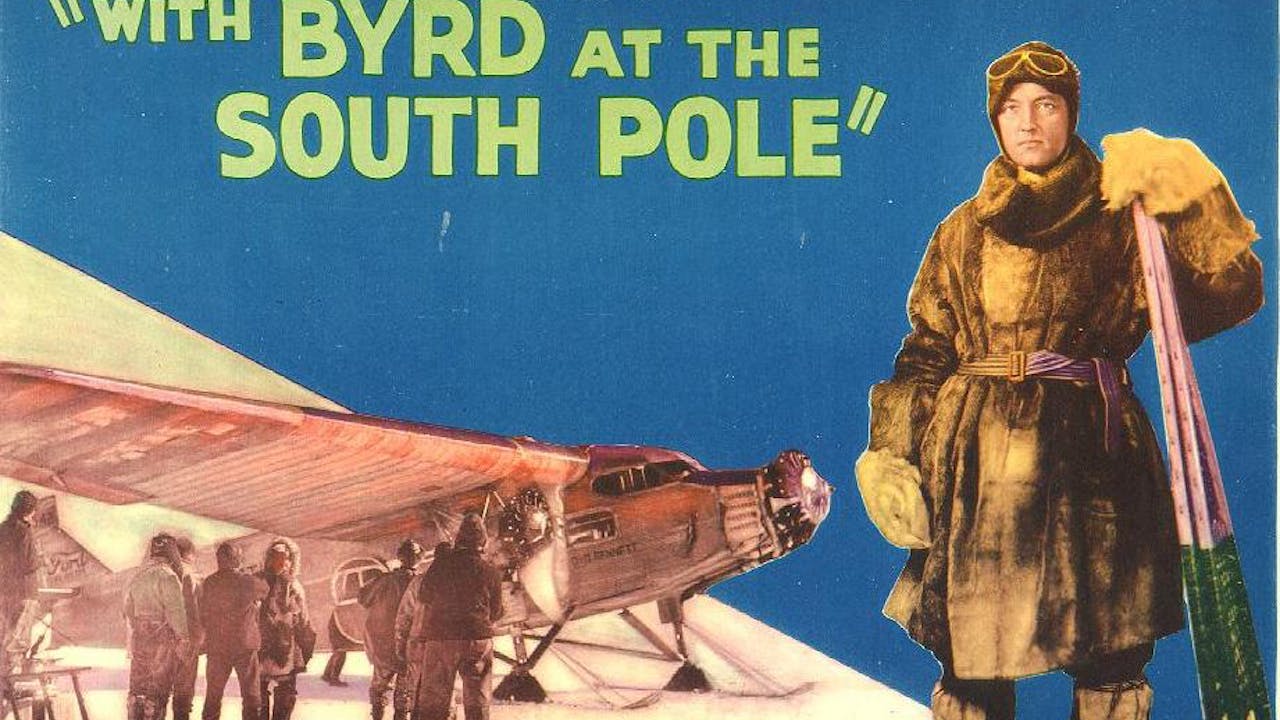 With Byrd at the South Pole

Admiral Richard E. Byrd was one of the most popular heroes in the age of exploration of the twenties. While he is nearly forgotten today, Byrd nearly beat Lindbergh to Paris (he flew a month later). In 1925, he was the first to fly over the North Pole making international heroes of himself and his pilot, Floyd Bennett. Then in an amazing feat of organization, heroism and courage in 1929 Byrd became the first to fly over the South Pole.

The South Pole flight could be called the first media expedition. It was conducted as much for publicity as for science. A contest was held for a Boy Scout to join the Byrd party. Russell Owen, a reporter for The New York Times, won a Pulitzer Prize for his coverage of the adventure, published daily on front pages throughout the country. Two Paramount Newsreel cameramen, Willard Van der Veer and Joseph Rucker, captured the entire journey on film and won an Academy Award® for the amazing With Byrd at the South Pole. The National Geographic Magazine published Byrd's account of the adventure and his book, Little America, was a best-seller.