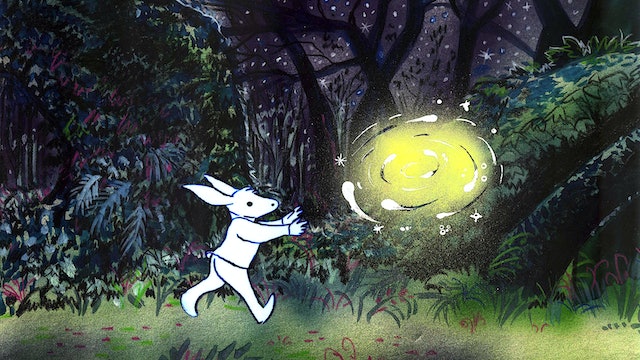 For more than two decades the Emmy and Oscar®-winning animator John Canemaker has created films that charm, enlighten and touch audiences. His amazing work features a distinctive personal style emphasizing emotion, personality and dynamic visual expression. His "toons" (which have been featured in everything from The World According to Garp to Pee-wee's Playhouse) are often daring, frequently hilarious and always compassionate. Showcasing Canemaker's wide-ranging talent and emotional resonance, Marching to a Different Toon includes his animation classics: the whimsical Confessions of a Stardreamer, the astonishingly lovely Bottom's Dream, the clever and witty Confessions of a Stand-Up, the enchanting The Wizard's Son, and the wondrously beautiful Bridgehampton.

Right-click this and copy the link address.

Watch on your Television

Watch on your Computer