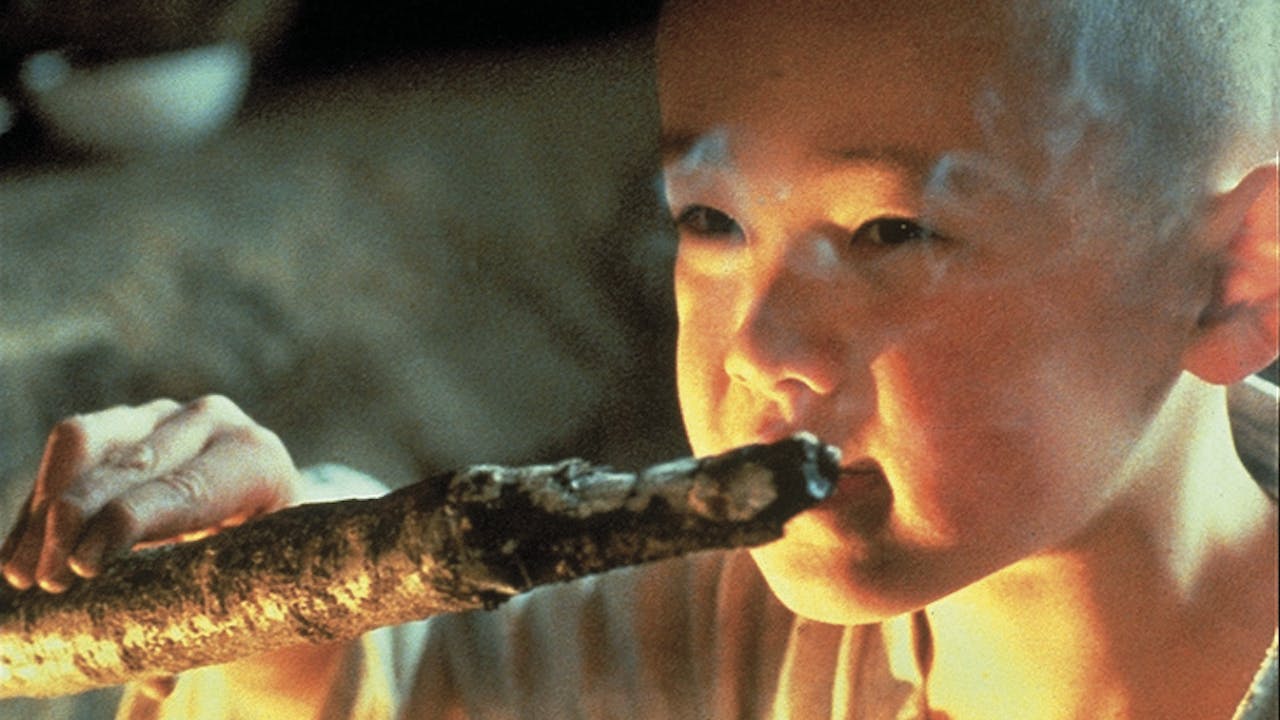 Why Has Bodhi-Dharma Left For The East?

The first Korean feature to ever have theatrical distribution in the United States, Why Has Bodhi-Dharma Left for the East? has been acclaimed by critics and audiences around the world as a film of remarkable power and beauty. In a remote mountain monastery above a bustling city, an old Zen master, his conflicted young apprentice, and an orphaned boy live a life of quiet contemplation. The old master, nearing his end, wishes to make the ceremony of his death his final lesson to his apprentice, who is struggling to come to terms with the worldly life he left behind. Meanwhile the young boy has his own awakening to mortality as he attempts to nurse a bird he thoughtlessly injured with a stone. The title of the film is a Zen koan— a paradox meant to aid meditation—that provokes the question of the distinction between leaving and arriving. This magnificent film, quietly powerful and astonishingly rich in formal beauty, is not only a cinematic gem, but an evocative meditation on the cyclical nature of existence. Why Has Bodhi-Dharma Left for the East? does not seek to explain the tenets of Zen Buddhism so much as illuminate the mysteries of life that lie behind them. Milestone is pleased to present the definitive version of the film, with never before seen footage, remastered and painstakingly re-cut by the visionary director Bae Yong-kyun himself.