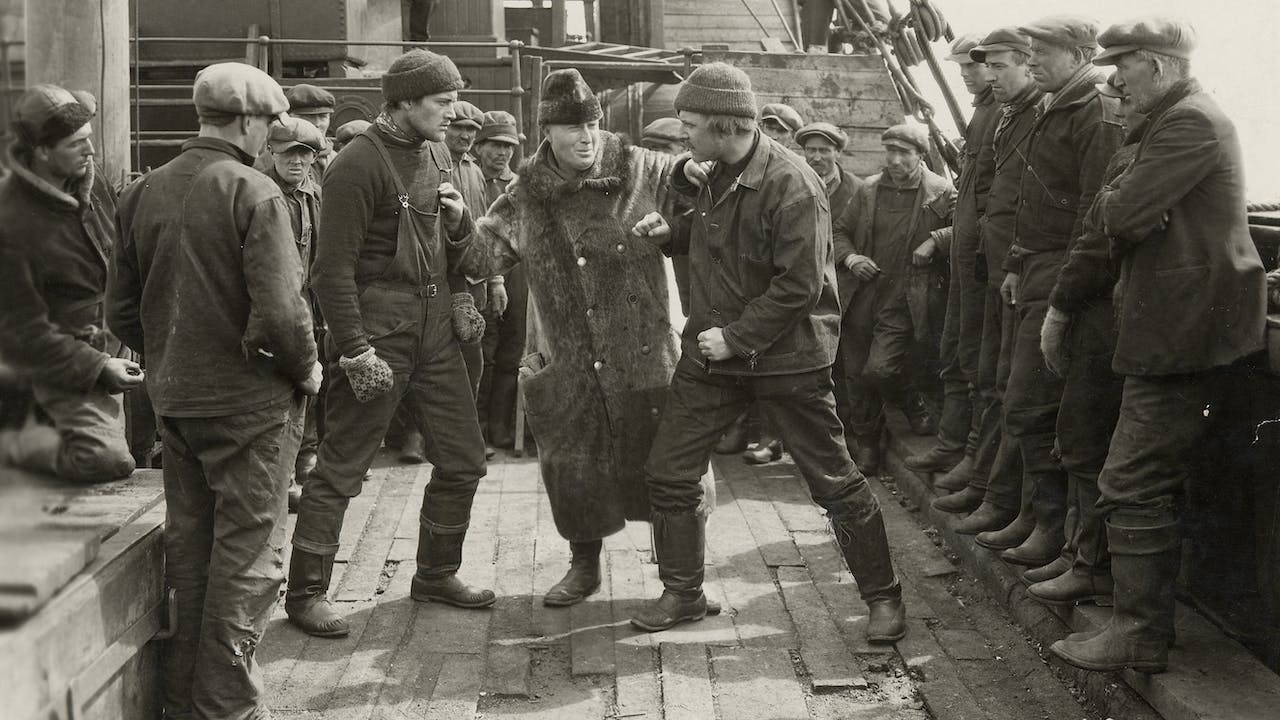 On March 9, 1931, the SS Viking left the port of St. John's, Newfoundland, and sailed into motion picture history. On board were New York filmmaker Varick Frissell and an unusual crew of seamen and Hollywood movie people. Their mission: to shoot the final scenes for an epic feature film on the lives of Newfoundland sealers. Six days later, an accidental onboard explosion killed Frissell and 26 other men.

Born in 1903, Frissell grew up on Manhattan's moneyed Upper East Side and studied at Yale. Caught up in the early fad for home movies and mentored by renowned documentarian Robert Flaherty, Frissell quickly grasped the potential of the emerging genre. In 1921 he attended a lecture by Dr. Wilfred Grenfell, who had established medical outposts along the isolated Labrador coast. Frissell went to work with Grenfell and was overwhelmed by the stark beauty of the landscape. With two successful documentaries (The Lure of Labrador and The Swilin’ Racket) under his belt, he secured the backing of Paramount Pictures to make a feature sound film. Frissell and his large crew hauled heavy camera and sound equipment to the rolling ice floes of the North Atlantic. The legendary Bob Bartlett (captain of Robert E. Peary’s expeditions to the North Pole) plays himself, working alongside the local sealers and American actors. Tragically, with the explosion, the shot-on-location melodrama turned into one of Hollywood’s worst disasters.