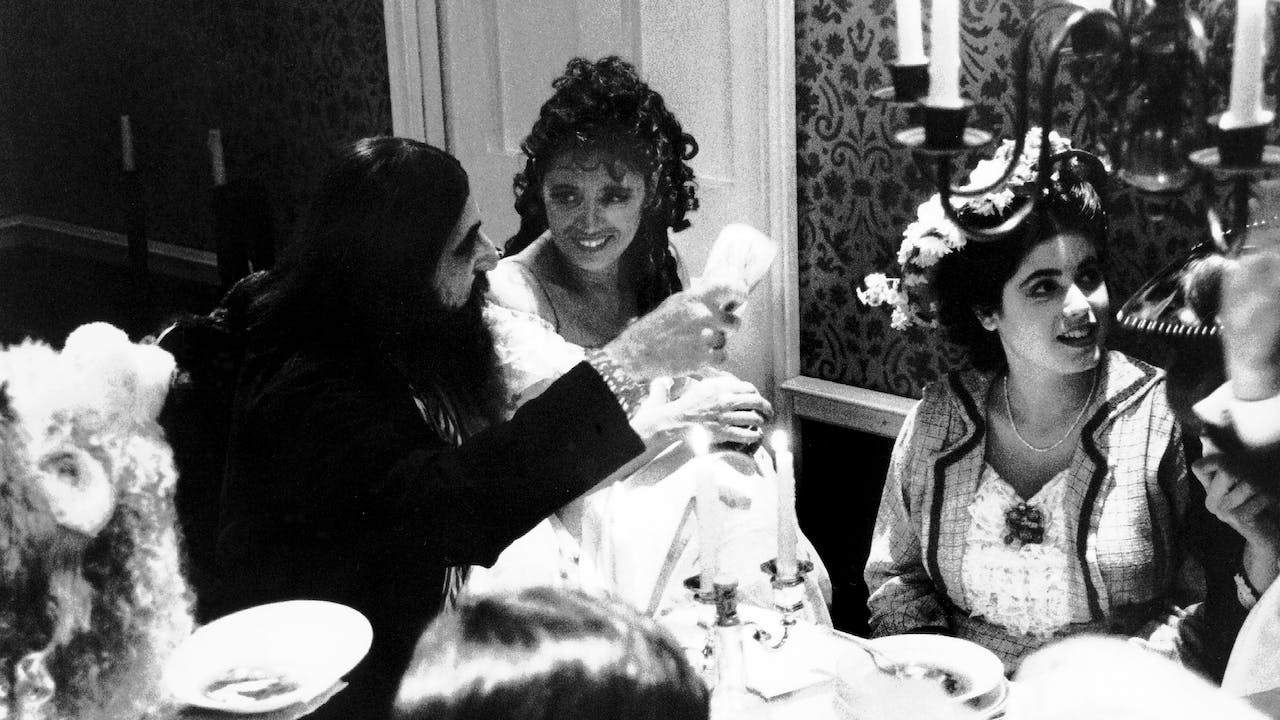 The Last Night of Rasputin

This is the rediscovered film made in 1924 by the legendary Soviet silent film director, Yevgeny Antinov. "Despised by the modernists for his love of narrative, hated by the traditionalists for his modern techniques, disapproved of by the government for his self-indulgence and individualism, and ignored by their lackey scholars, he was loved only by the people." Along with his wife, the great African-American ballerina Eleanora Antinova, they created films that shocked the nation!

In other words, this film, its director and its star could only originate from the seductive world of famed modern artist Eleanor Antin! Beloved by audiences, scholars, and critics, Antin has had a art career spanning four decades that is almost as legendary and far more real than her alter-ego, Antinov.

Antin's film with intertitles and music, employs acting and film techniques that simulate a silent film supposedly produced in the Soviet Union in 1924 at the start of the Soviet film renaissance. Poetic, surprising and hilarious, Antin's beautifully shot and lit film is a joy to watch.