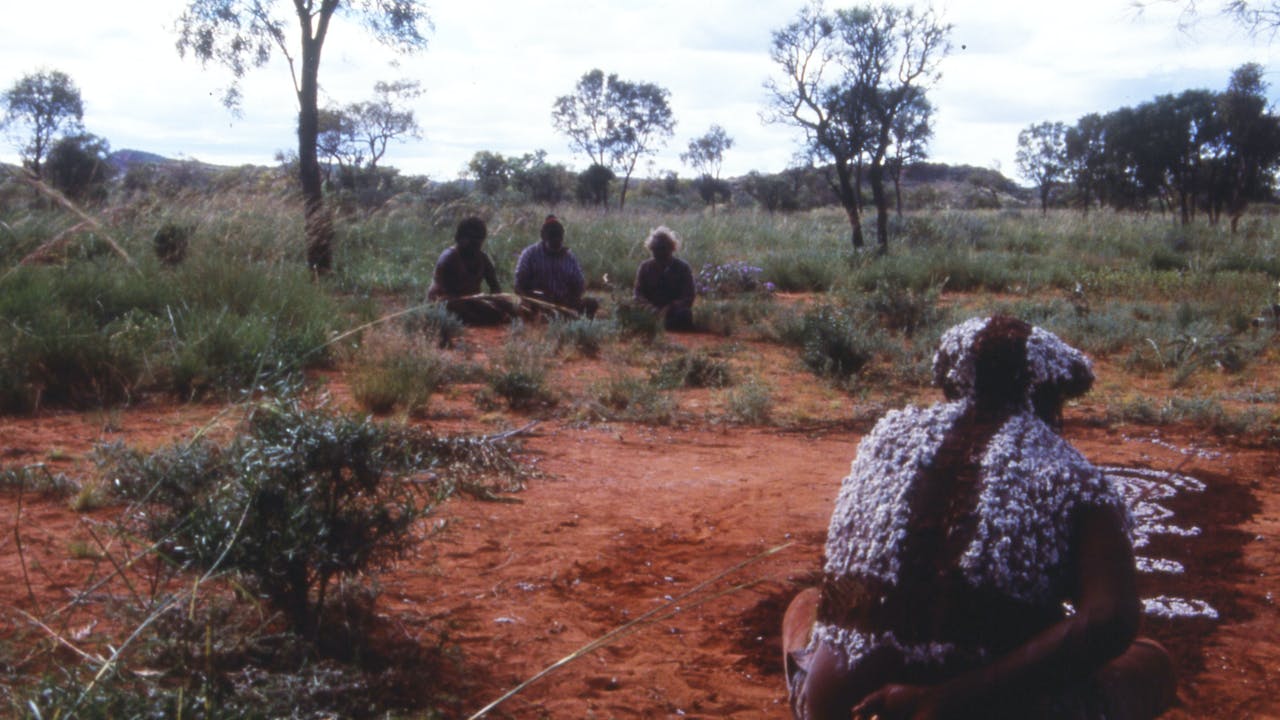 The Giant Woman and the Lightning Man

Philip Haas’s eye-popping film on Australian Aboriginal art, takes us through the steps of preparing three ground paintings made by a group of desert tribesman. The film shows the collective effort and cooperation required to make the art. The beauty of the finished pieces — so ancient and so modern — is stunning. The northern Australian Aboriginal bark painters’ “studio” and “gallery” are dramatically different from that of the desert people. Here, making art is a solitary activity. Haas follows two brothers as they painstakingly prepare their bark canvasses and brushes and then paint two pieces. Both northern and desert Aborigines include body painting as part of their art, and the men perform ritual dances accompanied by Aboriginal musical instruments.