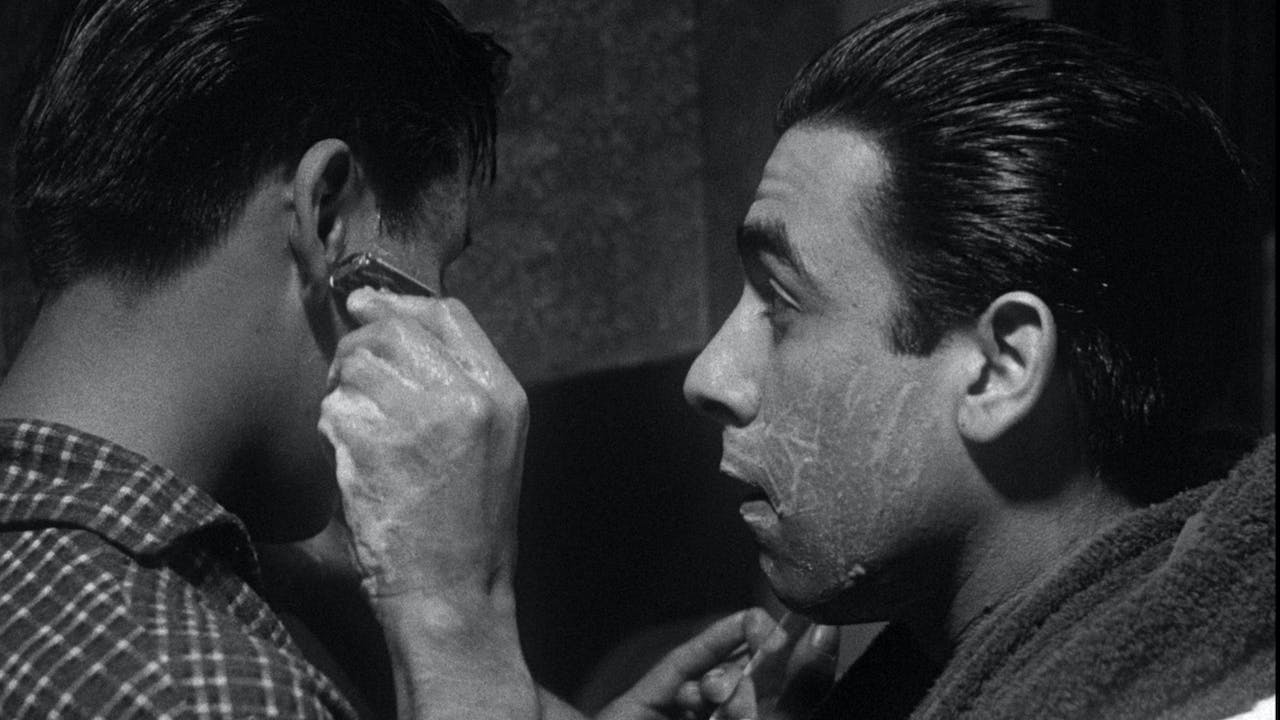 The Exiles chronicles a night in the life of a group of 20-something Native Americans who left reservation life in the 1950s to live in the Bunker Hill district of Los Angeles. The film is is a narrative feature with a script that was pieced together from interviews with the documentary subjects.

Like Charles Burnett's Killer of Sheep, The Exiles is a gritty and poetic, frills-free depiction of a marginalized Los Angeles community. Both films did not get theatrical release; were featured in Thom Andersen’s film Los Angeles Plays Itself; and were restored by Ross Lipman at the UCLA Film & Television Archives.

Although an outsider to the community he was documenting, filmmaker Kent Mackenzie involved his cast in the writing and filming process, curbing any tendencies towards sentimentalism and fetishization that often emerge in attempts to represent "the other." Sadly, The Exiles did not find a distributor willing to risk putting it out theatrically, and over the years the film remained largely unseen, including by Native American communities.