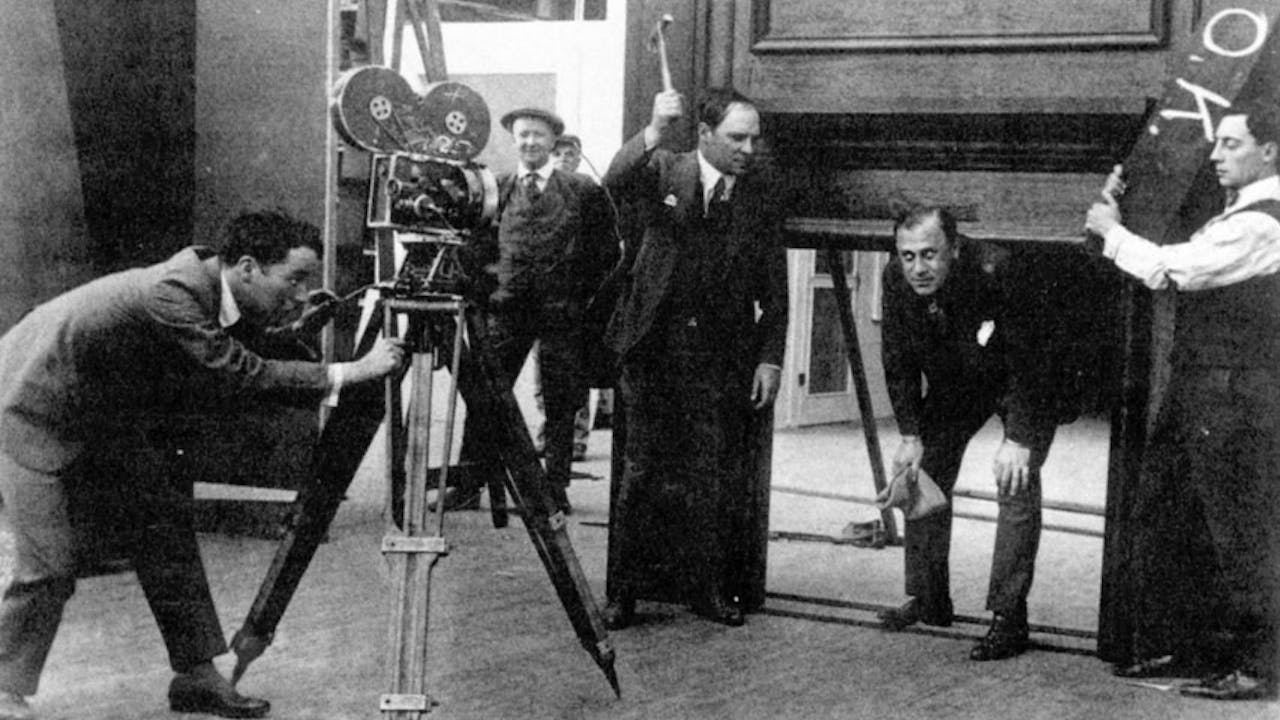 The Cook and Other Treasures

At the Bull Pup Café, Roscoe "Fatty" Arbuckle is chef of all trades and Keaton waits tables in his own inimitable fashion. When a rambunctious customer annoys the pretty cashier, Buster Keaton comes to her defense and all-out mayhem ensues. Arbuckle and Keaton’s dance à la Salome and Cleopatra is a highlight of the dining experience, and they are ably assisted by Luke the Dog who steals the show as the feisty canine defender of womanhood. Long considered one of cinema’s holy grails, The Cook was discovered in 1998 among a cache of unidentified nitrate prints at the Norsk Filminstitutt. Then in 2002, additional footage was discovered by the staff at the EYE Film Institute in Amsterdam! This edition combines the sources to aproximate the original US release and proves The Cook to be one of the finest and funniest of the Arbuckle and Keaton collaborations.

A Reckless Romeo was also a legendary lost film before it too was miraculously rediscovered at the Norsk Filminstitutt. Here, Arbuckle is at the height of his comedic talents as an adventurous young husband exploring greener pastures. But this Lothario’s attempts at indiscretion at the Palisades Amusement Park are filmed by a newsreel cameraman and shown at the local movie house – with the philandering hubby, his wife, mother-in-law and the pretty girl’s boyfriend in the audience! Arbuckle’s "escape" is one of the most memorable endings of any cinematic comedy.