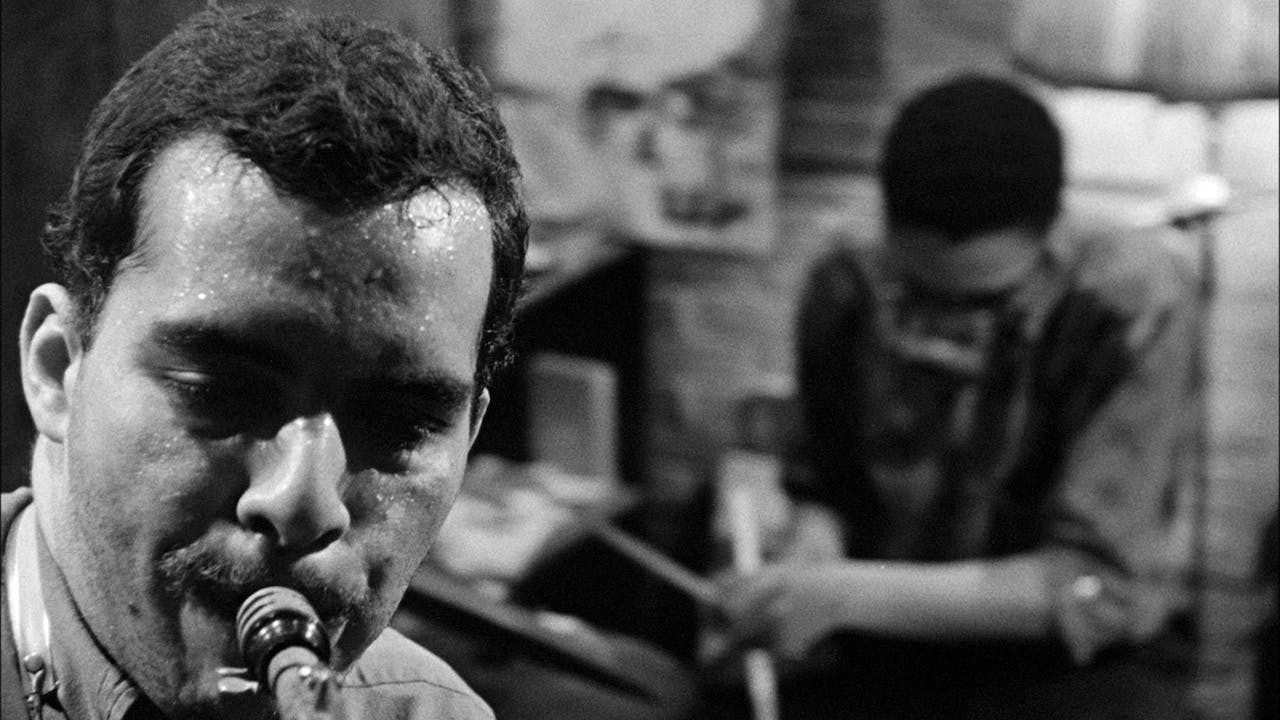 The Connection is one of the most vital, fascinating films of the American independent world. Created by a woman director, Shirley Clarke, at a time when they were in very short supply, the film shattered stereotypes in just about every conceivable way. And yet, the film remained unseen for many years.

Shirley Clarke was a vital part of the burgeoning post-war American film movement. She was one of the first signers — and the only woman — of the New American Cinema manifesto in 1961. For her first feature film, she decided to take on a controversial play by Jack Gelber that was running off-Broadway. The Connection was a play within a play within a jazz concert. It portrayed a group of drug addicts, some of them jazz musicians, waiting in a New York loft apartment for their drug connection. A producer and a writer, meanwhile, have entered their lives to study them and write a play about them. The brilliantly written Beat dialogue was blended with jazz music written by the great pianist Freddie Redd.

Clarke changed the character of the writer to Jim Dunn, a young, preppy filmmaker out to make a name for himself by documenting the "scene." As Clarke was best friends with the hot new indie directors, she added a level of humor by poking fun at the cinema verité movement. She also chose to keep the play's one-set constriction, but she combined the French New Wave’s mobile camera with a whirling choreography of movement and jazz to create an exciting, kinetic film that was acclaimed at the Cannes International Film Festival as a masterpiece. Yet even knowing the avant garde nature of the play and her film, little could Clarke recognize the furor the film was about to create.

Although Hollywood had previously depicted drug addiction in the recent years, it was mostly of the good men gone bad scenario with tragic endings. THE CONNECTION, with the raw, graphic depiction of drug addicts that Gelber wrote for the stage, A hit at Cannes, it was promptly banned by government censor boards for indecent language and a struggle ensued to have it theatrically screened in the United States. After a two-year battle, the producers and director ultimately won in court and as important as it was judicially, it was sadly a case of too little too late as the film lost its timeliness and failed at the box office. But among filmmakers, it was highly influential. The film has been out of distribution since the early 1980s.

Arthur Ornitz's black-and-white cinematography sparkles on the screen, and the performances of Freddie Redd and saxophone legend Jackie McLean sound impeccable in the new UCLA restoration. The release of THE CONNECTION is one of the cinema events of the year!