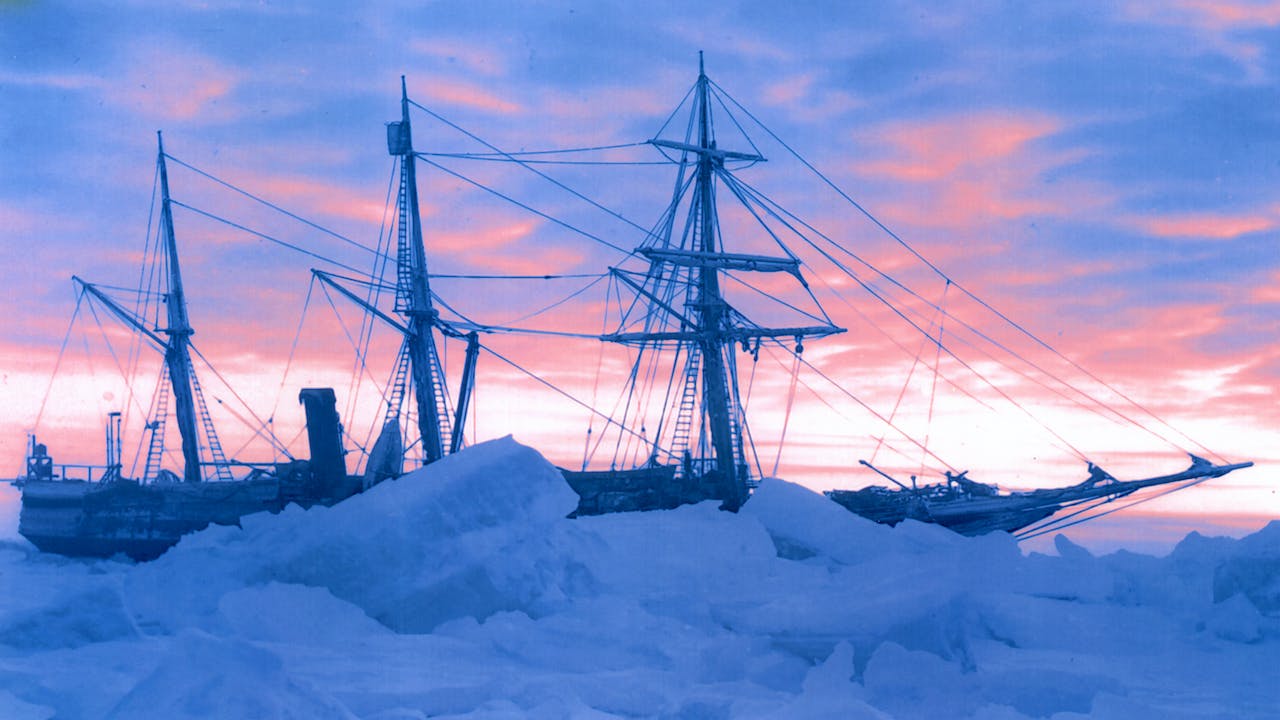 South: Shackleton and the Endurance Expedition

When Sir Ernest Shackleton set sail on the Endurance on August 8, 1914, he was already an internationally renowned Antarctic explorer and a national hero.

He planned a brave attempt to cross the continent of Antarctica via the Pole. Raising money for the Imperial Trans-Antarctic (ITA) expedition was a huge struggle. With an eye toward profiting from their adventures, Shackleton hired experienced cameraman Frank Hurley, whose films and photographs would hopefully pay for part of the expedition.

But within a day’s travel (80 miles) of land, the Endurance was trapped in unusually heavy pack ice. Completely stuck, Shackleton and his crew drifted helplessly northward during the long Antarctic winter night while listening to the shrieks and moans of the Endurance slowly being crushed by the mounting pressure.

What followed is one of the greatest adventure stories ever and a unbelievable tale of courage and survival.

The crew drifted on ice floes for months before landing on the completely deserted Elephant Island. Though his crew was safe for now, there was no chance for resue. So Ernest Shackleton and five of his men made a 850-mile journey in an open boat with only a sextent to guide them across the roughest seas in the world to miraculously reach Georgia Island. Even then, they had to become the first people ever to climb over the island's forbidding mountain to reach civilization on the other side.
One of the greatest epics in the history of exploration, this is the original 1919 film produced by Shackleton and Frank Hurley. Restored by the British Film Institute with the original tints and toning, this DVD release is one to cherish.