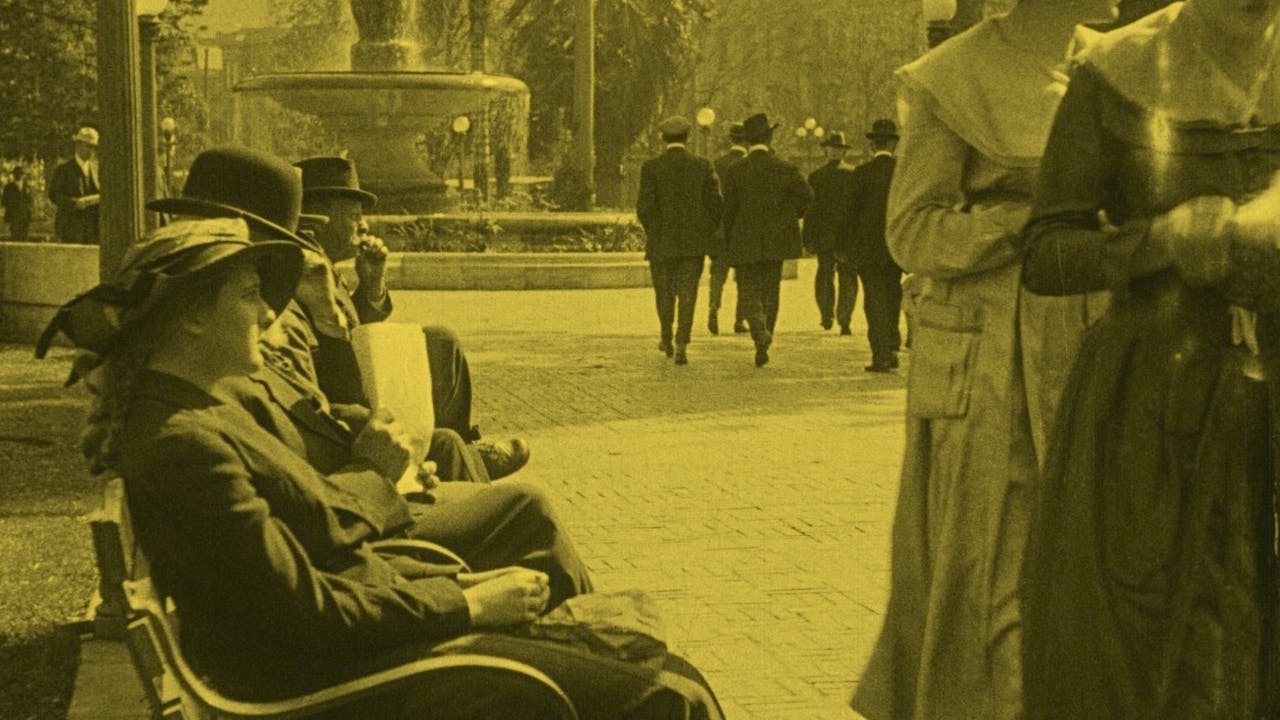 Eva Meyer is poor shop girl working at a five-and-dime. She is the sole wage earner for three younger sisters, a mother who struggles to hold everything together, and a father who prefers beer and penny dreadfuls to work. Each week, Eva returns to her cold-water flat and dutifully hands over her meager earnings to her mother. But her wages barely cover the grocer’s bill and cannot provide for decent clothing. With only cardboard to patch the holes in the soles of her shoes, Eva’s life becomes harder with each rainy day and every splinter. In constant pain and with no solution in sight, the disheartened girl considers the uninvited advances of Charlie, a cad with clearly dishonorable intentions.

So begins Lois Weber's SHOES, perhaps her finest masterpiece and one of the great feminist films in the history of cinema.

Whenever the press reports on the current dearth of women directors, there is mention made of Lois Weber, the most successful female filmmaker of her time and a major influence on silent cinema. She directed and wrote many groundbreaking films — dramas that combined social and political critiques with moving personal narratives — but because her finest films have long been unavailable and others have been poorly presented, Weber’s reputation has always quickly retreated back into the dustbin of history.

Together, with the recent publication of Shelley Stamp’s Lois Weber in Early Hollywood (University of California Press), Milestone is working to reinstall Weber into the pantheon of great filmmakers. Thanks to the incredible restoration work of the EYE Filmmuseum in Amsterdam, Milestone celebrates the film's 100th anniversary with a release that will be an important addition to every women's studies and every film history course.

Weber adapted her script for Shoes closely from a short story by Stella Wynne Herron published in the January 1, 1916 issue of Collier’s. Herron’s inspiration for her story came from social reformer Jane Addams’s 1912 book on prostitution A New Conscience and an Ancient Evil, which Herron quoted in her epigraph: “When the shoes became too worn to endure a third soling and she possessed but 90 cents toward a new pair, she gave up the struggle; to use her own contemptuous phrase, she ‘sold out for a new pair of shoes.’”

Weber weaves a beautifully simple story with a technique much celebrated in post-WWII Italy as neorealism. Shooting exteriors around Los Angeles — including a remarkable scene in Pershing Square and the actual front of Woolworth’s on Broadway — and meticulously recreating a Five and Dime Store interior, Weber created a documentary feel of a young woman's life unmatched by any film of the era. The director’s brand-new discovery, sixteen-year-old Mary MacLaren (resembling a young Jennifer Lawrence) is the embodiment of youthful innocence and too-early world-weariness. Much like the 1912 English play “Hindle Wakes,” Shoes is a plea for women’s equality (women’s suffrage was still a hard-fought political goal in both countries), but where one celebrated a woman’s right to sexual freedom, Weber’s film portrays the reality and tragedy of a shop girl in modern society.

The Shoes restoration by the Eye Filmmuseum in Amsterdam combined a Dutch nitrate print and a 1930s American “comedic” reissue of the film called Unshod Maiden found at the Library of Congress. Thanks to the 2016 discovery of the original script and intertitles in the 16mm microfilm files at NBC/Universal, the Milestone edition more closely reflects the original film. Prominent musicians and composers Donald Sosin and Mimi Rabson have created a mesmerizing and incredibly moving score to accompany Shoes.