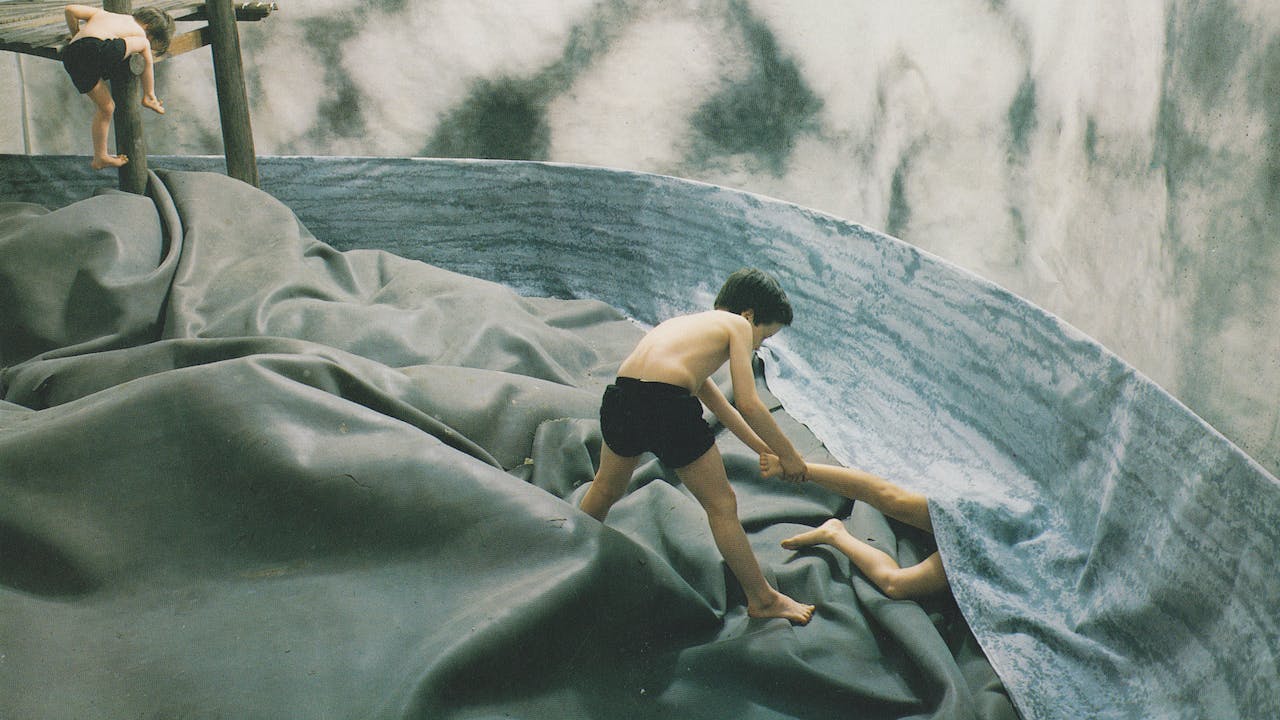 Scenes and Songs from Boyd Webb

A surreal foray into the fictive universe of Boyd Webb. Although Webb is usually classified as a sculptor, he does not exhibit objects — his art works are extremely large photographs of elaborate sculptural sets in which humans or animals are posed. For this movie, he has designed eight new works specifically for the film camera. Each work is recognizable as existing within reality, though their “stories” are sometimes elusive and illusive. One scene portrays a lady who ties vegetables with thread. She sits alone in an absurd planetary landscape “launching” these watermelons, squash and cucumbers into the void, watching them go as if they were children leaving home. Scenes and Songs from Boyd Webb is a lush and astonishing visual treat.