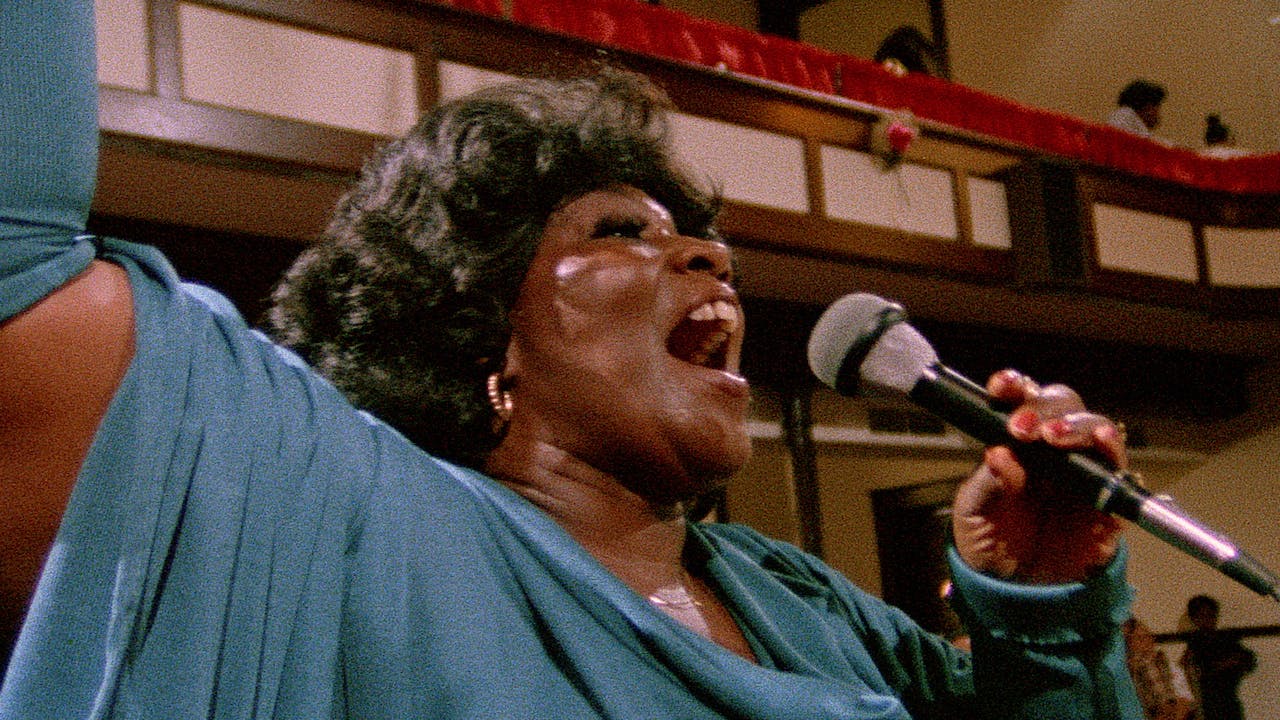 One of the most acclaimed music documentaries of all time, Say Amen, Somebody is George Nierenberg’s masterpiece — a joyous, funny, deeply emotional celebration of African American culture, featuring the father of Gospel, Thomas A. Dorsey ("Precious Lord, Take My Hand"); its matron, Mother Willie Mae Ford Smith; and earth-shaking performances by the Barrett Sisters and the O'Neal Twins. When it was first released in the early 1980s, the film received an overwhelming critical response, garnering rave reviews around the world.

“One of the most joyful movies I’ve ever seen.”
— Roger Ebert, Chicago Sun-Times

“The music conquers doubt and unhappiness, and when it ends, you feel healed.”
— David Denby, New York Magazine

Quoting Willie Mae Ford Smith: “‘I just have a feeling within… You can’t help yourself. It goes between the marrow and the bones. I feel like I could fly’…
[the film] has the same uplifting effect on its audience.”
— Kathleen Carroll, New York Daily News