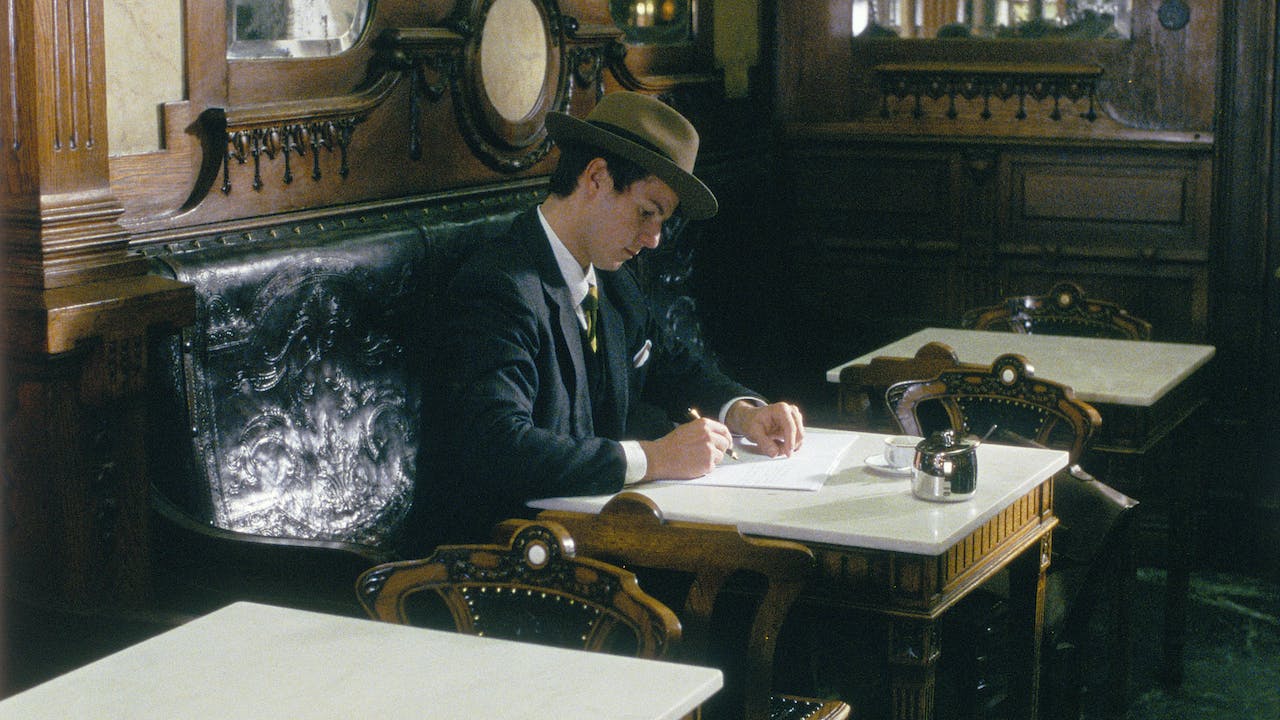 Oporto of My Childhood

With the freedom of inspiration and the rigor of writing that are his trademarks, Manoel de Oliveira returns to Oporto, the city of his birth.

The Oporto of this childhood is a city laden with history, a city of artists and thinkers. And, as in a spiral movement, the film moves from the ruins of the house of his birth to the city of Oporto, to the whole society.

Oporto is also the city that saw the birth, after 1896, of cinema in Portugal…

Oporto of my Childhood is the film of a search: fragments of memories, footprints, testimonies, marks, bands of the time, song lyrics, photographs. Images of an identification that is sometimes uncertain.

"This Proustian documentary, made when Oliveira was 93 years old, explores the great Portuguese film-maker's relationship with his home town, Oporto, the place which inspired his first film Douro, Faina Fluvial way back in 1931. Using old photographs and newsreels with dramatic reconstructions, he offers a vivid portrait of a city caught between the old and the new. When he was a child, Oporto didn't even have proper cinemas, film shows were improvised in sheds, Oliveira (born 1908) recalls. Most of the landmarks familiar from his youth have vanished. The brothels and cafés where he and his artist friends used to while away their days are long since closed. Even the house where he grew up is in ruins. The city I remember only remains alive in my sad memory, he sadly reflects. Poignant and playful, this is one of the old master's most accessible late films." — Time Out.