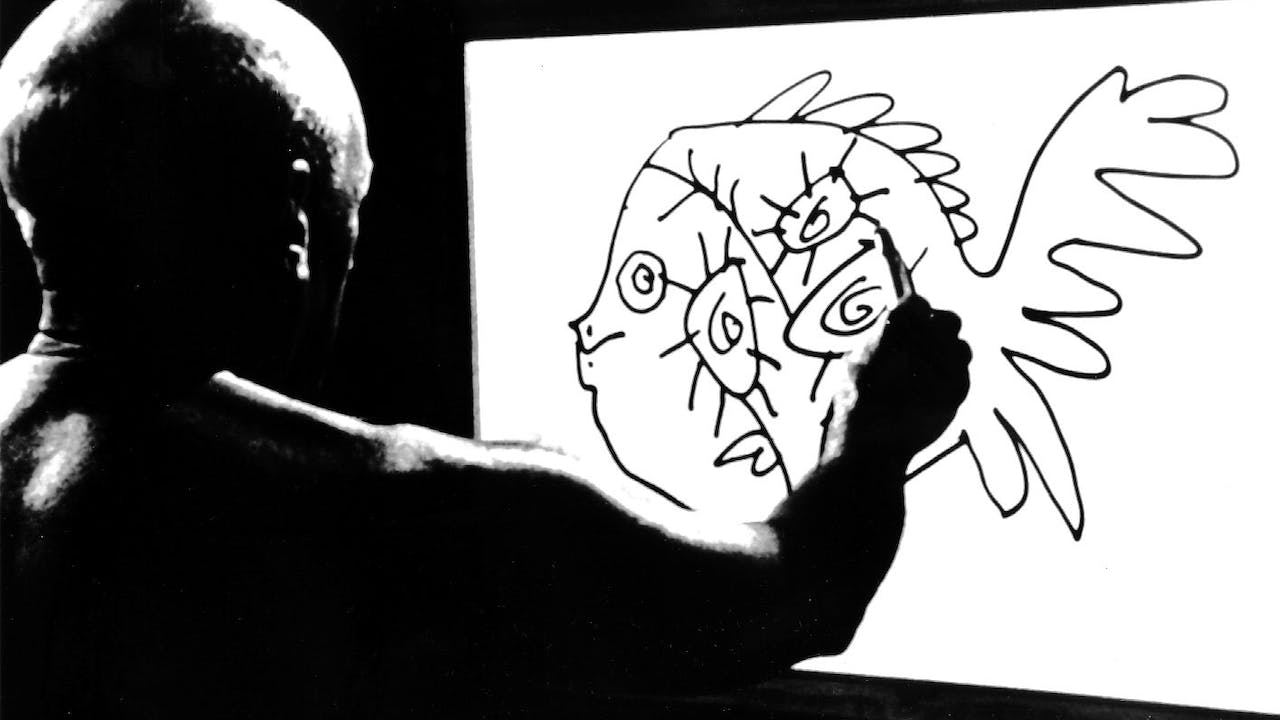 The Mystery of Picasso

Like a matador confronting a bull, the artist approaches his easel, his eyes blazing. As he wields his brush, we see through the canvas as the artwork unfolds, erupts, dances into being before our eyes. Pablo Picasso, the most influential artist of the twentieth century, is making a painting, and Henri-Georges Clouzot, the famous French director (The Wages of Fear and Diabolique), is making a movie. And what a movie! The Mystery of Picasso stands alone as the greatest film about art and the creator.

In 1955, Clouzot joined forces with his friend Picasso to make an entirely new kind of art film "a film that could capture the moment and the mystery of creativity." Together, they devised an innovative technique the filmmaker placed his camera behind a semi-transparent surface on which the artist drew with special inks that bled through.

Clouzot thus captured a perfect reverse image of Picasso's brushstrokes and the motion picture screen itself becomes the artist's canvas. Here, the master creates, and sometimes obliterates, 20 works (most of them, in fact, destroyed after the shoot), ranging from playful black-and-white sketches to Cinemascope color murals "artworks which evolve in minutes through the magic of stop-motion animation. Unavailable for more than a decade, The Mystery of Picasso is exhilarating, mesmerizing, enchanting and unforgettable. It is simply one of the greatest documentaries on art ever made. The French government agreed" in 1984 it declared the film a national treasure.

"When we are all dead, you and me and everyone," said Clouzot to Picasso, "the film will still continue to be projected."