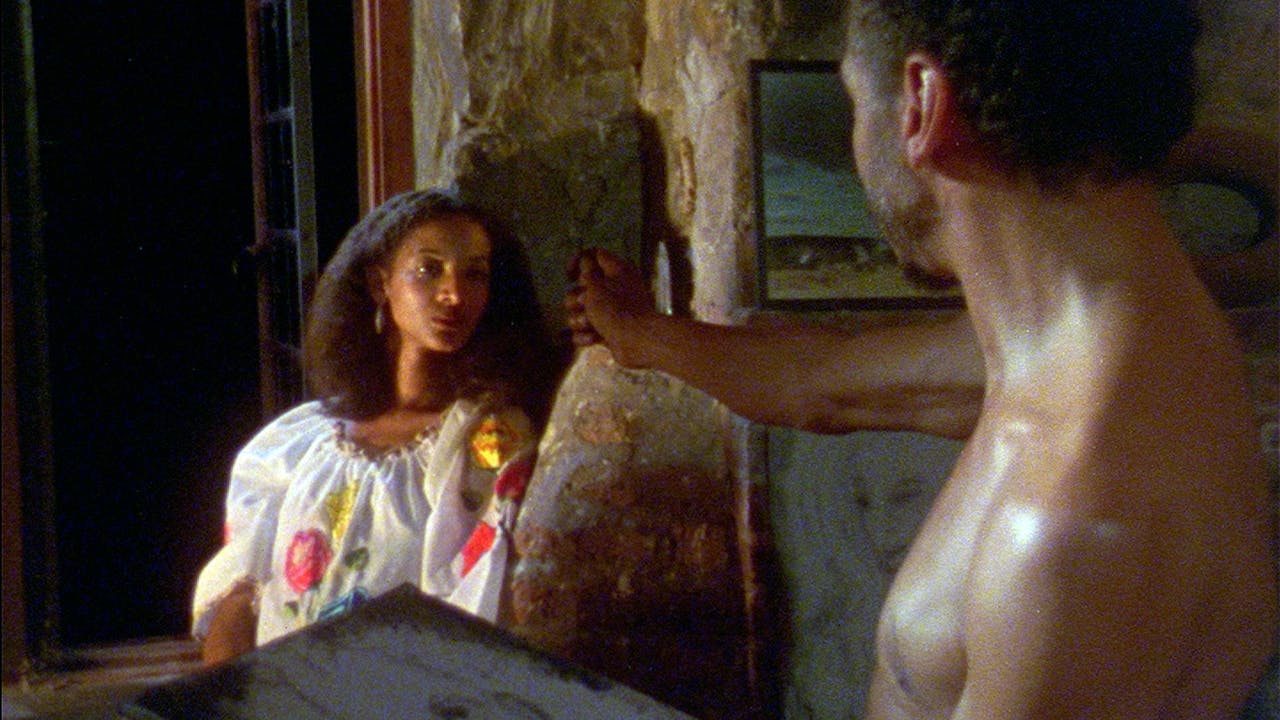 At the time of her death from cancer in 1988, Kathleen Collins was just 46 years old, but she was already an internationally renowned playwright, a popular professor (at New York’s City College) and a successful independent filmmaker.
Her second film, Losing Ground tells the story of a marriage of two remarkable people, both at a crossroads in their lives. Sara Rogers, a black professor of philosophy, is embarking on an intellectual quest to understand “ecstasy” just as her painter husband Victor sets off on a more earthy exploration of joy.
Celebrating a recent museum sale, Victor decides to rent a country house where he can return to more realism after years working as an abstract expressionist. Away from the city, the couple’s summer idyll becomes complicated by Sara’s research and by Victor’s involvement with a young model. When one of her students casts Sara as the woman scorned in a film version of the song “Frankie and Johnny,” she experiences a painful emotional awakening. While dealing with strong individuals and feelings, the film is also charming--Collins described it as a comedy about a young woman who takes herself too seriously.
One of the very first fictional features by an African-American woman, Losing Ground remains a stunning and powerful work of art. Accomplished actors Seret Scott (who appeared in Louis Malle’s Pretty Baby and Ntozake Shange’s play “For Colored Girls Who Have Considered Suicide when the Rainbow is Enuf”), Bill Gunn (Ganja and Hess) and Duane Jones (Night of the Living Dead) star.
Funny, brilliant and personal, Losing Ground should have ranked high in the canon of indie cinema. But the early 1980s was not an easy time for women or independent filmmakers and the film was never theatrically released. It was shown once on PBS’s American Playhouse, and then it effectively disappeared. Twenty-five years after her mother’s death, Nina Collins rescued the original negative and created a beautiful new digital master of her mother’s film. Losing Ground now looks and sounds as fresh, bracing and complex as it did when it was first filmed. It is a testament to Kathleen Collins’ incredible talent and a lasting treasure of African American and women’s cinema.