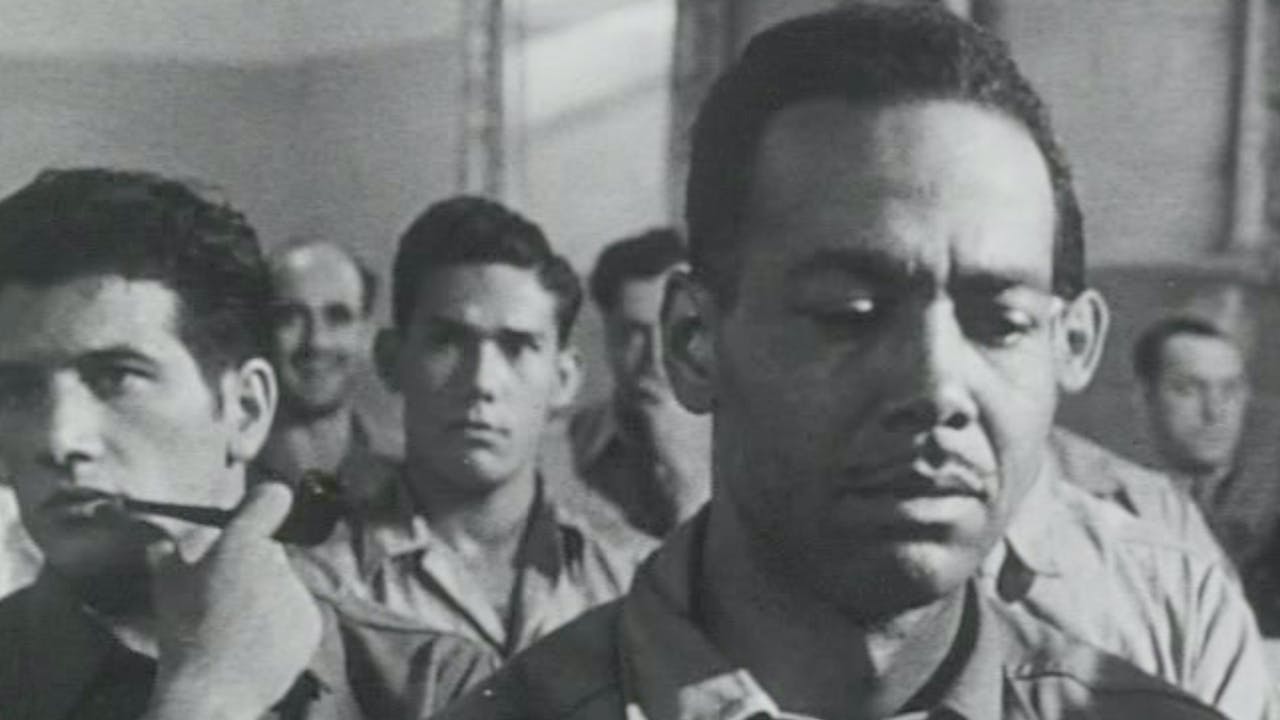 Let There Be Light

Banned for years and then shown with a very poor quality soundtrack, John Huston's LET THERE BE LIGHT was always highly regarded but a bit difficult to watch. Now with fully restored sound (by Chace Audio) and visual (by Colorlab), this is the best version of the legendary film.

Huston's film about the affects of war then known as Shell Shock and Battle Fatique (now recognized as Post Traumatic Stress Disorder or PTSD for short), was considered to be too disturbing and controversial, the film was suppressed by the military (confiscated by the Army Signal Corps) until it premiered in New York and at the Cannes Film Festival in 1981. Even then, names of soldiers were removed and sections edited out.

Shot at Mason General Hospital in Brentwood, Long Island at the end of WWII, Huston followed the story of seventy-five soldiers who had suffered debilitating trauma experienced in the war. In the most dramatic scenes, soldiers are given sodium pentothal and recall past horrific events.

SELECTED FOR THE 2010 NATIONAL FILM REGISTRY