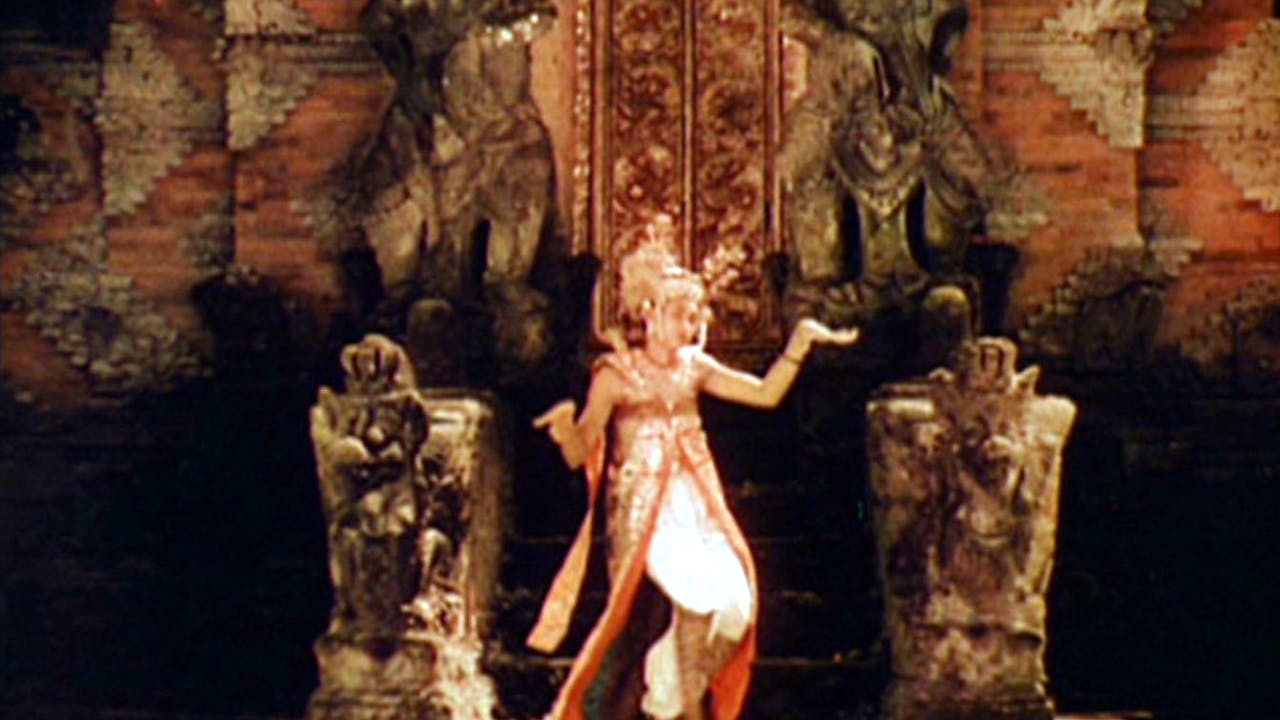 Legong: Dance of the Virgins

Legong: Dance of the Virgins was filmed entirely on location in Bali in 1935 by the Marquis Henry de la Falaise, World War I her, the ex-husband of movie star Gloria Swanson and the current spouse of screen siren Constance Bennett. The film is a tragic tale of love denied — Poutou, a respected Legong dancer, falls in love with young musician, Nyoung. Her father is delighted with Poutou's choice and wants to help her to conquer Nyoung's heart. But Poutou's half-sister Saplak wants pines for the musician. When Nyoung chooses Saplak, Poutou drowns herself. Legong's real theme is much more than mere melodrama — it is the delineation of Balinese culture. de la Falaise captured religious rituals including frenetic dances and mystical parades, everyday dealings at the local marketplace, a cockfight (which was cut out of the British version) and, in the final scene, a mass cremation.

Small details chronicling the life of the villagers make Legong an absorbing and mesmerizing quasi-documentary in gorgeous Two-Color Technicolor!