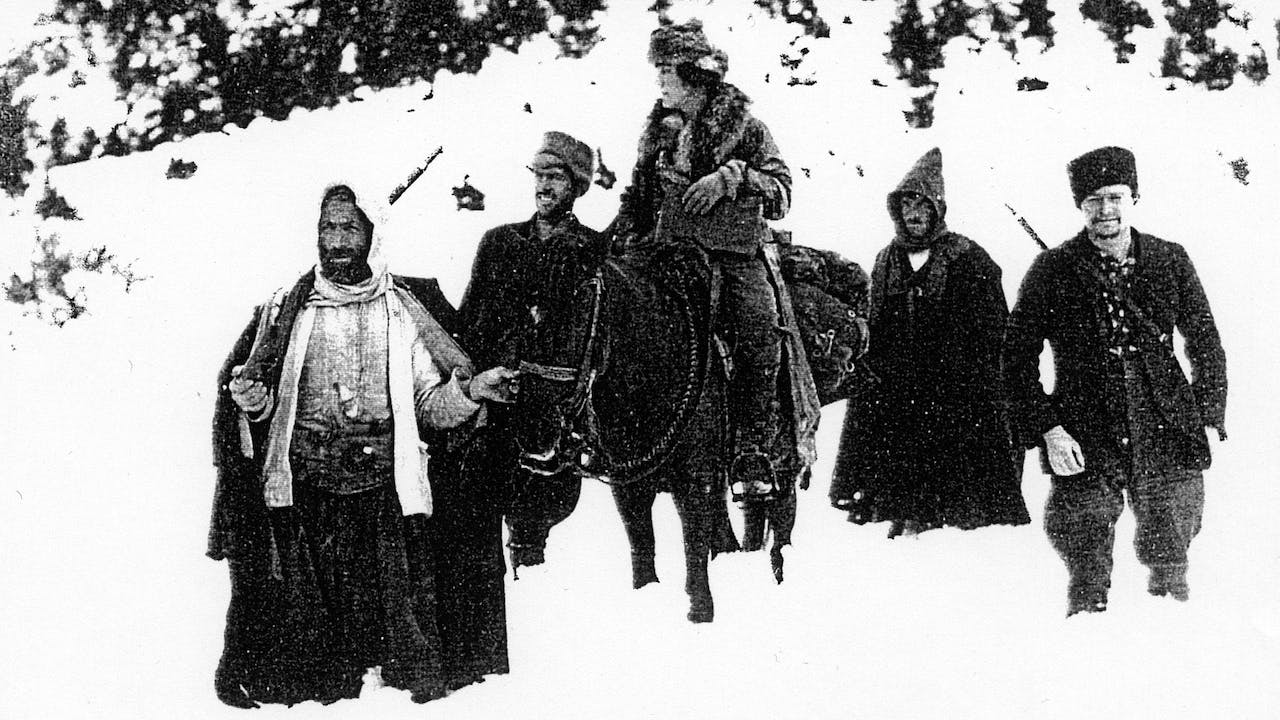 A classic adventure by the makers of King Kong. In 1924, neophyte filmmakers Merian C. Cooper and Ernest B. Schoedsack hooked up with journalist and sometime spy Marguerite Harrison and set off to film an adventure. They found excitement, danger and unparalleled drama in the migration of the Bakhtiari tribe of Persia (now Iran). Twice a year, more than 50,000 people and half a million animals surmounted seemingly impossible obstacles to take their herds to pasture.

The filmmakers captured unforgettable images of courage and determination as the Bakhtiari braved the raging and icy waters of the half-mile-wide Karun River. Cooper and Schoedsack almost froze when they filmed the breathtaking, almost unbelievable, sight of an endless river of men, women and children--their feet bare or wrapped in rags — winding up the side of the sheer, snow-covered rock face of the 15,000-foot-high Zardeh Kuh mountain.

Although many documentary historians consider "Grass" second only to "Nanook of the North," few people have actually ever seen this legendary film. This restored and full-length version, complete with an authentic new Iranian score, will astonish today’s audiences with its beautiful photography and heart-stopping adventure.