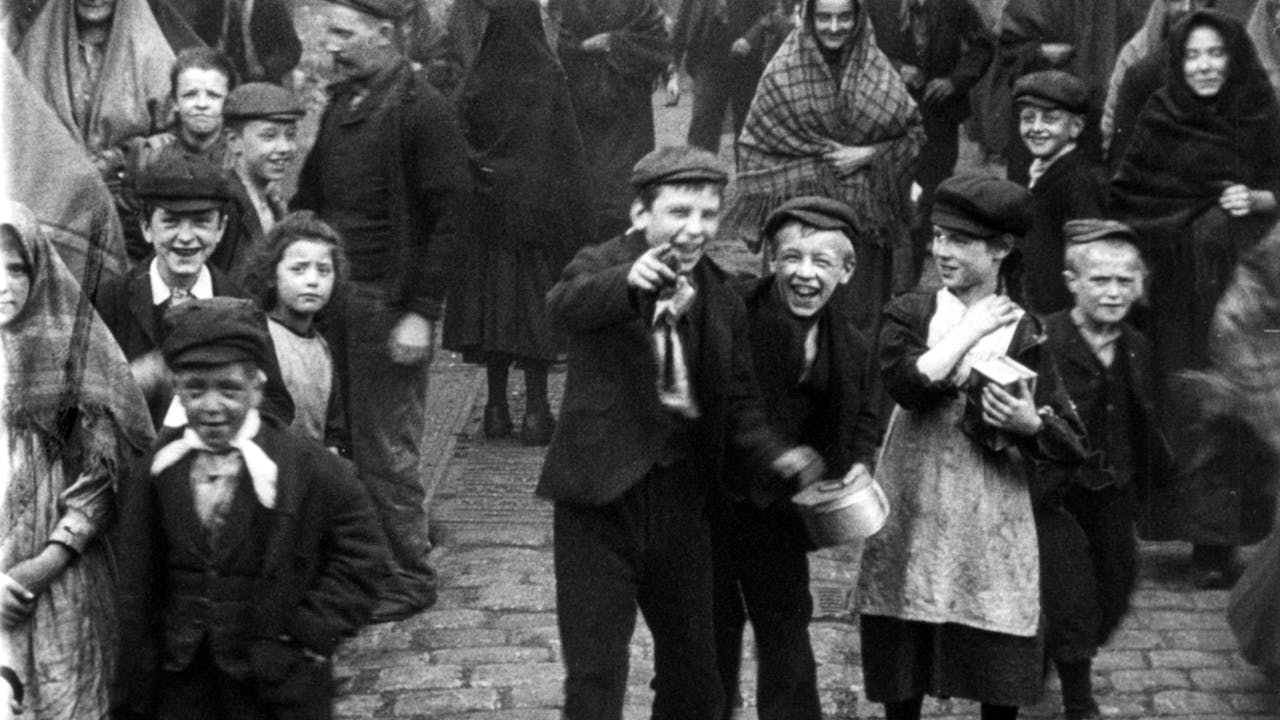 In the earliest years of the twentieth century, enterprising traveling showmen in the north of England hired pioneer filmmakers Sagar Mitchell and James Kenyon to shoot footage of local people going about their everyday activities. These films would be shown later at nearby fairgrounds, town halls and neighborhood theaters. Workers, school children, sports fans and seaside vacationers all flocked to see themselves miraculously captured on screen!

The astonishing discovery of the original Mitchell & Kenyon negatives in Blackburn, England — in a basement about to be demolished — has been described as film’s equivalent of Tutankhamen’s tomb. Preserved and restored by the bfi National Film and Television Archive in collaboration with the University of Sheffield National Fairground Archive and featuring a hauntingly beautiful score by In The Nursery, this treasure trove of extraordinary footage provides an unparalleled record of everyday life in the years before World War I. Mesmerizing scenes of trolley cars and crowded streets, soccer matches, temperance parades, throngs of workers leaving the factory and a myriad of simple pleasures transport us to another — lost — world. The effect is as if H.G. Wells’ marvelous time machine had come to life.

THE MUSIC The specially commissioned score for Electric Edwardians was written and performed by In The Nursery - the Sheffield-based musical project formed by twin brothers Klive and Nigel Humberstone. ITN's musical history spans more than two decades.