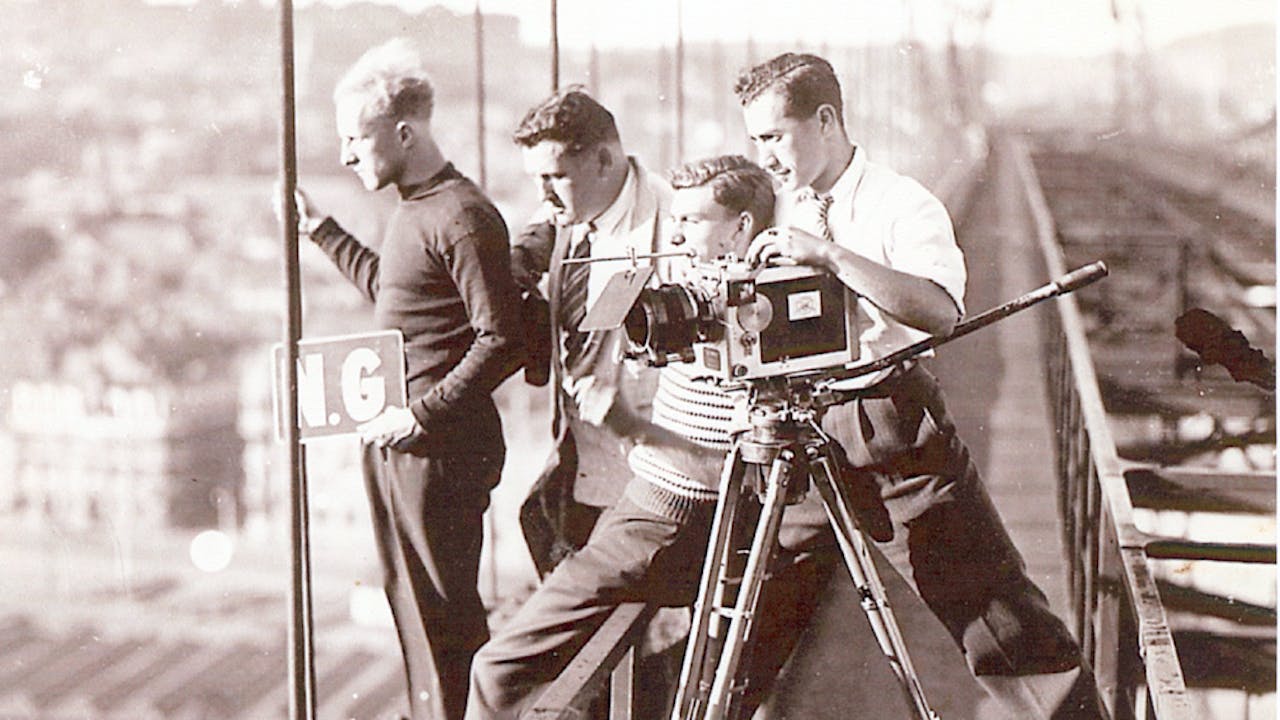 Dziga and His Brothers

The fascinating and tumultuous lives of Mikhail, Boris and Denis Kaufman (better known as Dziga Vertov) are the focus of this powerful documentary. Using rare archival footage from Russian state film archives and private collections, the brothers' lives and art are traced from Bialystok to Moscow, Paris, and Hollywood.

The Coppola clan has nothing on the Kaufmans, a family of geniuses to rival the Tenenbaums, even if their names may not immediately click in your head. Practitioners of impossible shots, editing/camera tricks and improvisation in general, brothers David, Moisey and Boris get highlighted in Yevgeni Tsymbal's succinct Russian doc. David Kaufman became Dziga Vertov, a last name he chose because it was Polish for "spinning top"-which is a perfectly apt description of his 1929 opus Man With the Movie Camera. If Movie Camera's not the best documentary ever made, it's at least the most visually ravishing. (As pointed out frequently enough to diminish its merits, the post-MTV filmmaker generation-and Leni Riefenstahl-would be nowhere without it.) The other two brothers went in different directions, though Moisey worked alongside Dziga on Movie Camera before their estrangement turned him into one of Dziga's doc-making rivals. (From the clips we see, he's just about his equal, too.) Boris, meanwhile, spread the style westward, first to France to work with Jean Vigo (L'Atalante), then to America, garnering him both an Oscar for shooting On the Waterfront and frequent employment by Sidney Lumet.

David, Moisey, and Boris Kaufman—"perhaps the most talented brothers in the history of cinema" per film historian Yevgeni Tsymbal—were born in Bialystok (the "most Jewish town in Poland") to a used-book dealer and a rabbi's daughter. The town suffered a major pogrom during their childhoods, and their parents would eventually perish in the Holocaust, but the Kaufman brothers attended Russian school and reinvented themselves in the crucible of revolution: David most radically as docu-visionary Dziga. Mikhail (né Moisey) worked with his older brother—he is the title character in The Man With a Movie Camera—until they quarreled and he too became a director. Baby Boris went first to France, collaborating with Jean Vigo, and then to America. Dziga was targeted during Stalin's Cold War anti-cosmopolitan campaign; he suffered a heart attack and died in obscurity months before Boris won an Oscar for shooting On the Waterfront.