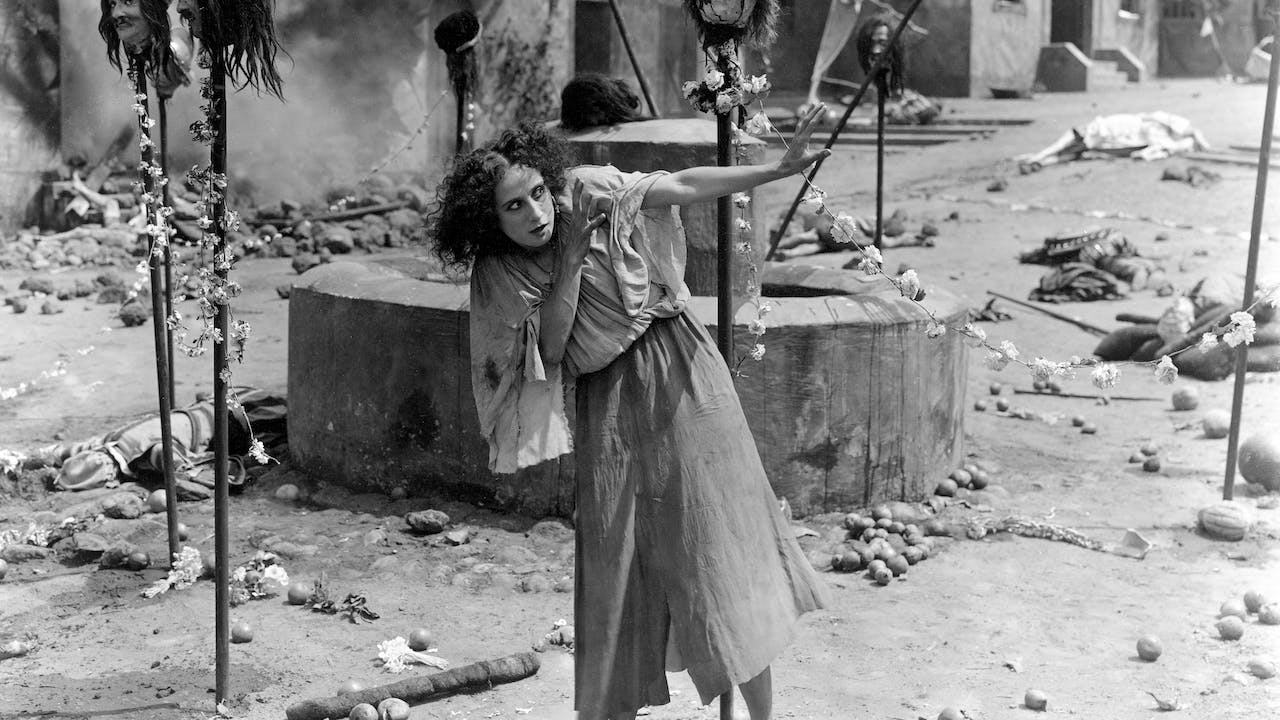 Dumb Girl of Portici, The

In the early 20th century, when few stars were known by name, no woman had greater worldwide fame than ballet dancer and choreographer Anna Pavlova. Unlike movie actresses, whose celebrity spread with the international distribution of their films, Pavlova’s renown had to be earned theater by theater, performance by performance. Her legendary art was, by its nature, ephemeral. Still, no one traveled farther or worked harder than this slight daughter of a Russian laundress.

Acting as star, choreographer, producer, and boss of a large dance company constantly touring the globe, Pavlova was a consummate artist and a canny businesswoman. A generation marveled and cherished the memory of her scintillating brilliance on stage. The restoration of The Dumb Girl of Portici — with the dazzling new score by dance composer John Sweeney — will give today’s audiences a chance to experience the energy, the expressive face, and the grace of the great Pavlova.

The Dumb Girl of Portici is a previously unseen film long overdue for recognition as one of Weber’s finest creations and a landmark in women’s cinema. The production was one of Universal’s most expensive to date and featured an enormous cast, many large-scale sets, and an ambitious story. It was the first blockbuster ever directed by a woman — and arguably the only epic shot by a woman in the 20th century.

For Weber, the chance to work with Pavlova was a once-in-a-lifetime opportunity. A Russian émigré who made her home in London, the dancer was “stuck” in America as World War I raged in Europe. Pavlova was currently appearing with the Boston Opera Company in D.F. E. Auber’s 1829 La Muette de Portici, portraying a mute girl (dance often was a major part of early opera) — a role that could be fortuitously carried over to silent film. Fenella, a wordless fisher-girl living during the Spanish occupation of Naples in the mid-17th century, is seduced and abandoned by a Spanish nobleman. As a result of this betrayal and the oppression of their people, Fenella’s brother foments a revolution. The opera’s premiere in Belgium did in fact inflame a revolt and the story goes that the opera’s performance is still banned in that country.

In order to purchase and save the almost-bankrupt Boston Opera Company, Pavlova agreed to Universal’s enormous offer of $50,000 to portray Fenella in Weber’s film. Universal also agreed to the unusual request to shoot in Chicago, where Pavlova was performing, as well as in California.

Sadly, over the years The Dumb Girl of Portici has fallen out of distribution and out of favor. The only versions known to have survived were a 35mm nitrate reissue print dating from the 1920s preserved at the British Film Institute and a 16mm print at the New York Public Library’s Performing Arts Library. The Library of Congress’s archivists George Willeman and Valerie Cervantes used the 16mm to complete the existing 35mm print in order to bring the film back closer to the original version. Further restoration by An Affair With Film’s Lori Raskin stabilized and cleaned up the restoration and added the original tinting. Information on those original tints was recently discovered in the microfilm files of NBC/Universal. Thanks to these restoration efforts, projection at the proper film speed, and the brilliant score by John Sweeney, The Dumb Girl of Portici and prima ballerina Anna Pavlova will delight modern audiences.