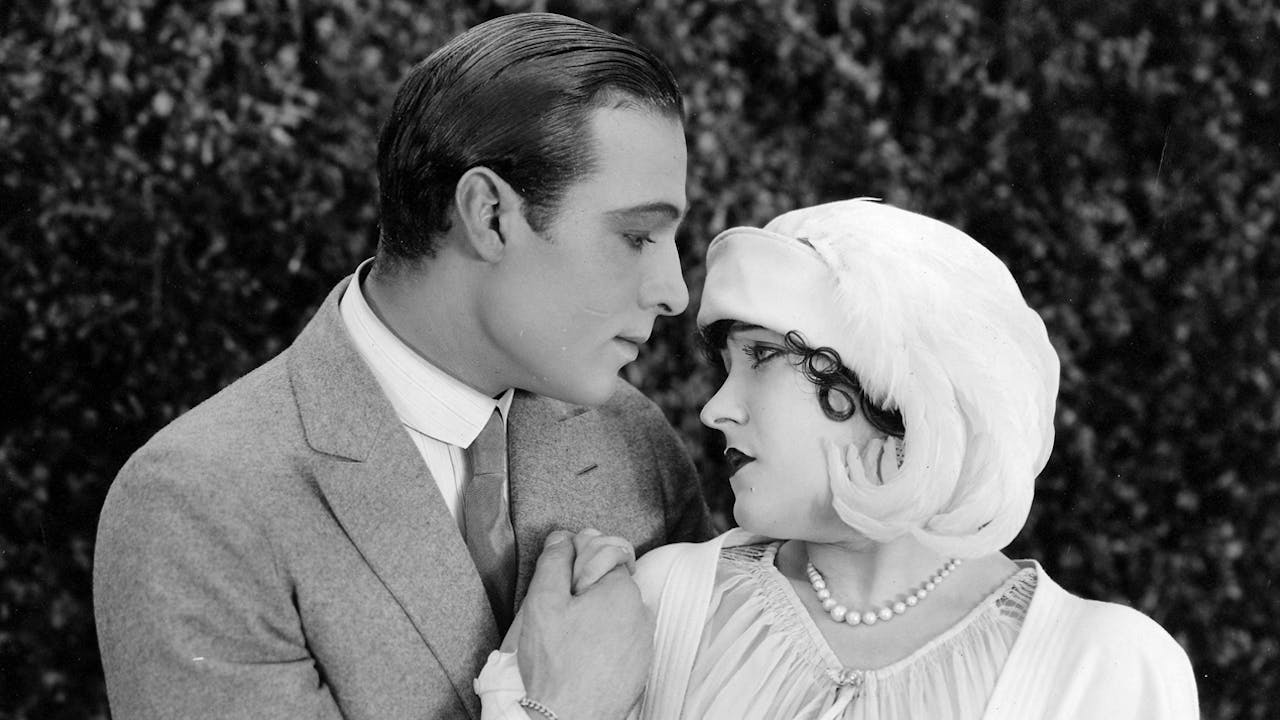 Beyond the Rocks, the silent romance starring film legends Gloria Swanson and Rudolph Valentino was long considered one of the great "lost" films from the Hollywood golden age, only a one-minute fragment was known to exist in the Nederlands Filmmuseum.

Lost for over eighty years, film cataloguers at the Nederlands Filmmuseum were amazed to find the first two nitrate reels of Beyond the Rocks when inventorying a vast collection of nitrate bequeathed to them by a film collector from Haarlem, they were amazed. The Filmmuseum staff then searched for many tense months until they found and identified all the missing reels of the film. Beyond the Rocks has been restored under the auspices of Filmmuseum archivists Mark-Paul Meyer and Giovanna Fossati, with lab work by Haghefilm Conservation. The film premieres with a brand-new score by the well-known Dutch composer Henny Vrienten.

When Paramount approached Swanson to star with Valentino, the studio intended the assignment to be "punishment" for her demands for greater control. Swanson never let on that the two actors often rode horses together in the Hollywood hills and that she was actually delighted to costar with such a close friend.

For their project, Paramount chose a well-loved novel by popular author Elinor Glyn whose romantic pot-boilers often featured strong women and virile men in exotic locales. (She also was the author of It, which made Clara Bow an international sensation.) Sam Wood, was assigned to direct the production. Wood went on to have a long and respected career that included such superior films as Goodbye Mr. Chips, The Devil and Miss Jones, Kings Row, Pride of the Yankees and For Whom the Bell Tolls.