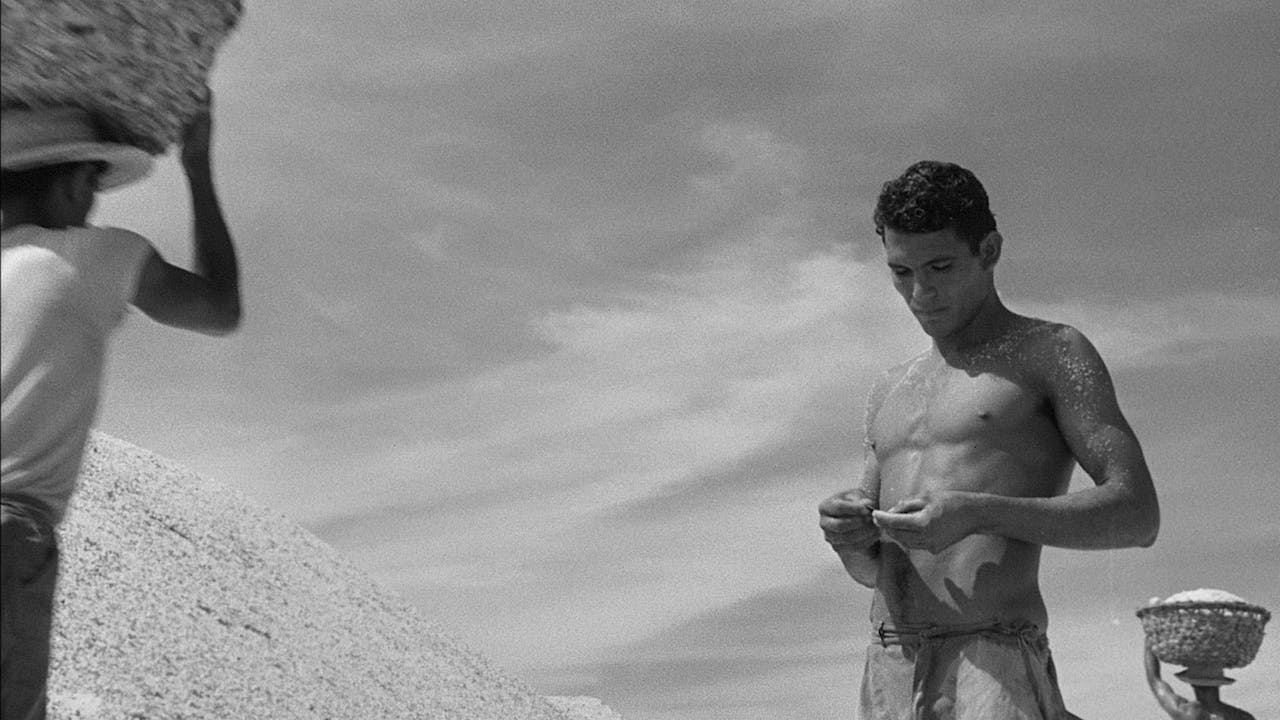 The restoration of Margot Benacerraf's brilliant film Araya is a landmark in cinema history. The film was hailed as a masterpiece of poetic cinema and a forerunner of feminist Latina cinema on it's re-release by Milestone.

The peninsula of Araya in northeastern Venezuela, is one of the most arid places on earth. For five hundred years, since its discovery by the Spanish, the region’s salt has been exploited manually. A 17th-century fortress built to protect against pirate raids stands as a reminder of the days when salt was worth almost as much as gold and great fortunes were made. Benacerraf captures the life of the salineros and their back-breaking work in breathtaking images. The Peredas family works at night in the salt marshes, the Ortiz are fishermen and the Salaz collect salt. The three stories underline the harsh life of this region — all of which vanished with the arrival of industrial exploitation.

Araya was originally compared to Flaherty’s Man of Aran, Visconti’s La Terra Trema (1947) and Rossellini’s India (1957). Margot Benacerraf has described the film as “a cinematic narration based on script writing rather than a spontaneous action, a feature documentary, the opposite of Italian neorealism.” A film of such lasting beauty that Jean Renoir told Benacerraf after seeing the film: “Above all … don’t cut a single image!”