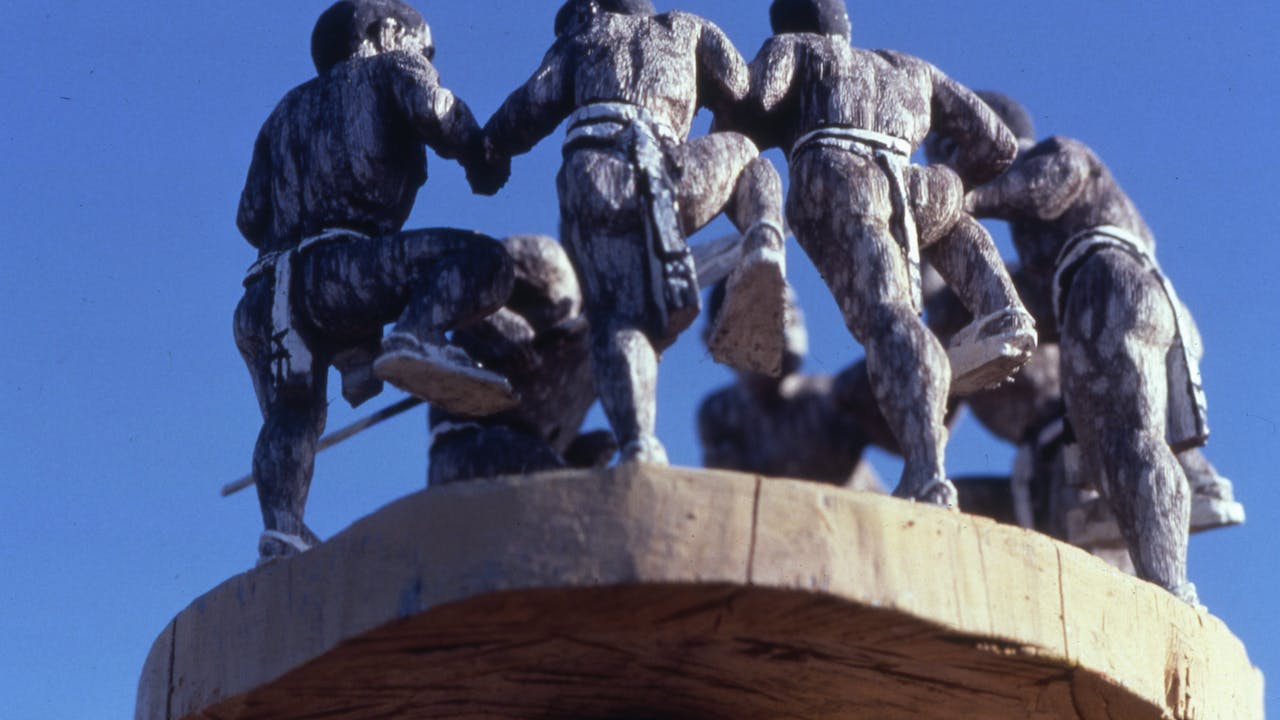 A Young Man’s Dream and a Woman’s Secret

Filmmaker Philip Haas traveled to the southernmost tip of Madagascar to meet Efiaimbelo, a man in his mid-sixties who works as a funerary sculptor. The film follows Efiaimbelo as he travels to an isolated area in the countryside to cut down a special tree for sculpting. He makes it into a pole of geometric shapes, which he then tops with a finely honed sculpture of a cow. This beautiful sculpture is funerary piece, designed to ornament a grave. The film features remarkable footage of huge tombs covered with cow antlers and poles like the one we see Efiaimbelo sculpt. The tops of these poles are decorated with all sorts of animals, people and tableaux associated with the dead person. Very little has been known or seen of this funereal and artistic tradition outside the region and the film provides an extraordinarily rich visual experience.

Nera Jambruk is the big man in his village in the East Sepik province of Papua New Guinea. He is the head of a group of men who build and paint the Houses of Spirits in the area. The film shows him and his men as they work day and night inside the house, painting a huge triangular bark, which they then hoist up into place on the front of the sculpture. The painting, which has powerful magical powers and meaning, is made up of a series of abstract faces surrounded by triangular designs and smaller representations of flowers and animals. During the course of the work, Nera explains the role of the painting in the villagers’ lives. As viewers are drawn into the dynamic of the group and the elegance of the painting, they will forget, as it seems the artists did, that the filmmaker is even there.