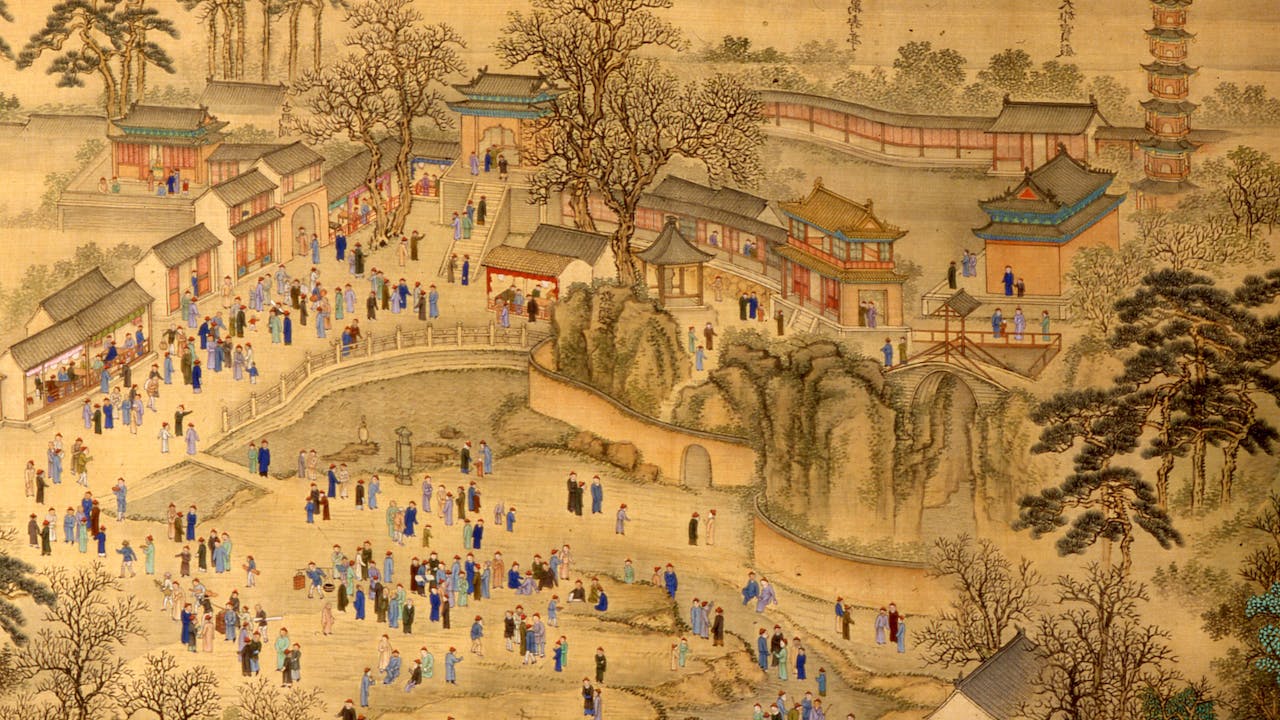 A Day on the Grand Canal with the Emperor of China

Director Philip Haas (Angels and Insects and Up at the Villa), and artist David Hockney invite you to join them on a magical journey through China via a marvelous 72-foot long 17th-century Chinese scroll entitled The Kangxi Emperor's Southern Inspection Tour (1691-1698), scroll seven. As Hockney unrolls the beautiful and minutely detailed work of art, he traces the Emperor Kangxi’s second tour of his southern empire in 1689.

Painted by Wang Hui (1632-1717) and assistants, it was executed before Western perspective was introduced into Chinese art. Hockney contrasts the more fluid spatial depictions of this scroll with a later scroll painted by Xu Yang and assistants, The Qianlong Emperor's Southern Inspection Tour (1764-1770), scroll four. It illustrates the same tour but now taken by the Qianlong emperor, grandson of the Kangxi emperor. Influenced by Western perspective, the Qianlong scroll presents the emperor in a single tableau, whereas the Kangxi scroll depicts a continuous travel narrative filled with details of daily life in the towns and countryside along the route. Reference is also made to the use of perspective in Capriccio: Plaza San Marco Looking South and West (1763) by Italian painter Canaletto (1697-1768).

Hockney’s charming and fascinating narration helps bring the bustling streets and waterfronts of three hundred years ago to life. Hockney spins a dazzling discourse on eastern and western perceptive and their relationship to his own artistic vision. His trip through one of China’s most magnificent artworks is a joyous adventure for all!