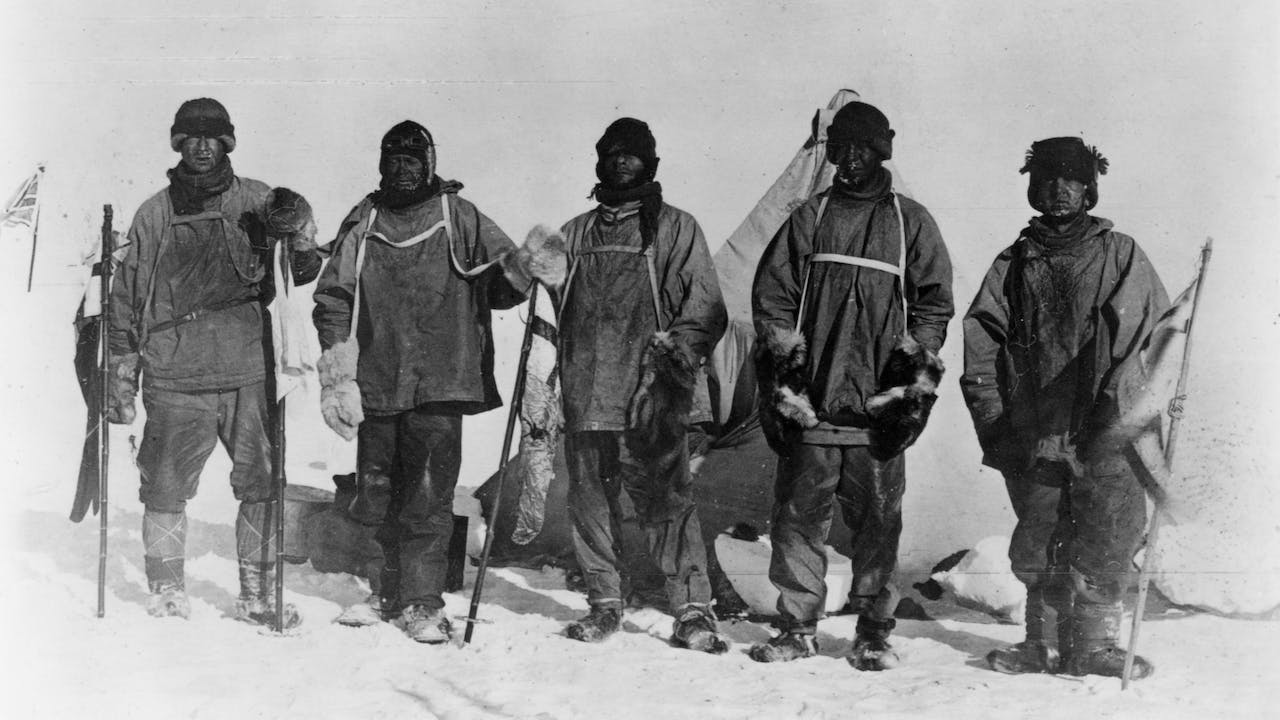 90 Degrees South: With Scott to the Antarctic

Herbert G. Ponting's spellbinding chronicle of Captain Robert Scott's heroic and ultimately tragic race for the South Pole (not only did Amundsen reach the goal first but Scott and his entire team died on the return trip) was originally released in 1913. Ponting, who had been a renowned still photographer, dedicated his life to Scott's memory. Twenty years after his friend's death, he produced and narrated 90 Degrees South, the 1933 sound re-release of his original footage. The film quotes from Scott's journal which was discovered with his frozen body. These brave and eloquent diary entries tell of the heartbreaking last days of the doomed expedition. Ponting's hauntingly beautiful images of ice caves and Antarctic wildlife are timeless masterpieces of cinematography. Today, Ponting's tribute to his fallen companions remains deeply moving.
"Unparalleled artistry, inspiring in every sense." — Kevin Brownlow, The War, the West, and the Wilderness